In time for its second anniversary 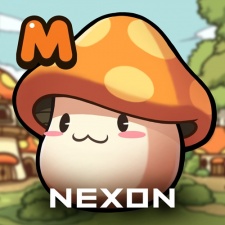 Currently, as the game approaches its second anniversary, 16.6 million people have installed the game. Moreover, across all users, more than 40.7 million characters have been created with 1.4 billion dungeons having been cleared. The game is available through both Google Play and the App Store.

To celebrate its second birthday, two new characters will be added to MapleStory M – Mechanic and Wild Hunter. The first of the two, Mechanic, embraces a fast-paced combat style while Wild Hunters are efficient from a distance with their crossbow. Both of them will be part of the resistance class.

As part of the celebration, Nexon has added several limited-time events to the mobile MMORPG, the first being dedicated to the two new characters, until August 5th. Next, the Mega Burning Event will run until September 6th, enabling users to create burning characters.

Finally, until September 6th, there will be a growth event dedicated to the Mechanic and Wild Hunter.

Nexon saw impressive growth in both Q4 2019, and for its fiscal year ending December 31st 2019. MapleStory M contributed to the success as it grew 114 per cent year-on-year in Q4 and 65 per cent in full-year revenue.