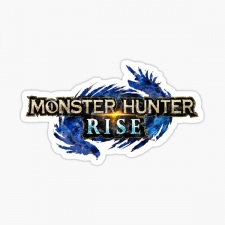 Capcom announced the milestone one week after the launch of the latest title in the Monster Hunter franchise. Rise launched on March 26th and managed to ship four million copies within its opening weekend.

Granted, the Switch exclusive is taking a bit longer to hit these milestones than Monster Hunter World, but that title was released on more platforms. However, Capcom is confident that Rise will continue to see success, insisting its player base will transfer to Nintendo's system.

"We're very confident that the massive success we've had in the past on Monster Hunter World will transfer across to the passionate fan base we have on Nintendo Switch," said Capcom European COO in an interview (via GamesIndustry.biz).

The Monster Hunter franchise has proven to be immensely successful for Capcom, as the series has surpassed 70 million shipped units.

By December 31st, 2020, 66 million units had been shipped worldwide, with the first game having been released back in 2004.

On the launch day of Monster Hunter Rise, the new movie based on the franchise, starring Milla Jovovich, was released in China. It will roll out to a global audience later this year.

Capcom hit with a ransomware attack