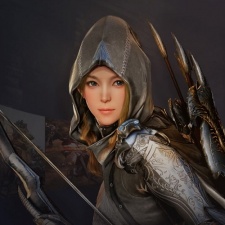 South Korean developer Pearl Abyss has confirmed that the Black Desert franchise has amassed more than $2 billion in lifetime revenue.

Launched in 2015, the fantasy MMORPG has accumulated a legion of fans throughout the years - now boasting over 40 million users around the world (22 million of which originated from iOS and Android). Black Desert arrived on mobile in 2019 and was noted at the time for making up a third of its overall franchise revenue.

The figures were revealed alongside the company's plans to expand further into Western territories, with a new office in Amsterdam as well as an extension to its Los Angeles-based office.

Both buildings will be utilised to help maintain Pearl Abyss' North American and European markets, including dedicated live-ops, server infrastructure, community management, customer support, localisation, marketing and public relations services. It will also be made to help explore new markets and be available for further augmentation in future if needed.

"Pearl Abyss America was established in 2018, and we have continued to expand our team and support our Western players, even in the difficult year we've all faced," said Pearl Abyss US CEO Jeonghee Jin.

"Our company was founded on the principle of putting the players' experience first and our Western expansion is one more way we take the next steps towards remaining committed to the mission."

Both the Dutch and Californian offices will be responsible for bringing upcoming in-house developed games such as Crimson Desert, DokeV and Plan 8 to Western markets.

It's proven to be a busy time of year for growth, with Outfit7 recently announced its intention to grow its 430 million monthly active users via new IP expansion.

Not to mention, British developer Jagex went on a hiring spree, bringing in experience from PlayStation, Bethesda and Insomniac Games.