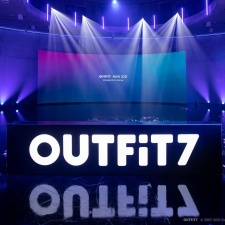 Cypriot games developer Outfit7 has revealed plans to expand its portfolio outside of its hit Talking Tom and Friends franchise.

As confirmed via its 's digital event, NOW 2021, the company intends to grow its player base of 430 million monthly active users by introducing several new games over the next few years. Some of which have been taken from its already existing library of IP and some are completely new.

The first title confirmed was Mythic Legends, an auto-chess inspired mobile game with an asynchronous multiplayer mode and advanced progression system. It will launch globally later this year.

The second game - currently without a name - will be a life-simulation experience with choice-based storytelling and a visual narrative. Development is underway on the project, however will not be expected to debut until 2022 at the earliest.

Free-to-play tower defence-arcade shooter Swamp Attack was further confirmed to be receiving a sequel. Swamp Attack 2 will launch on mobile in 2021 and will feature a family of "hilarious characters" and several "richly designed worlds".

Alongside this, a number of spinoffs relating to the Talking Tom and Friends franchise were announced at the event. Most notably, sequels to virtual pet app My Talking Angela and endless runner Talking Tom Gold Run 2. The former will roll out this summer.

An animated series featuring the feline friends as superheroes is also in the works.

"The success of the Talking Tom and Friends franchise is something we are incredibly proud of, but now is the time for us to reposition ourselves and expand into other segments," said Outfit7 CEO Xinyu Qian.

"We’re uniquely placed to do this because we have the right people, an experienced organisation and a strong company culture.”

Qian concluded by stating: "Our promise to the users is that we will continue bringing our A-game to them. This may be our playground, but the games we make are for you. I believe this is the start of a new and better Outfit7."

One year on: How Talking Tom Hero Dash continues to draw in 39 million players a month