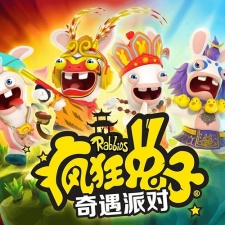 The Chinese game regulator State Administration of Press and Publication (SAPP) has approved 43 new games for release in the country.

As confirmed by Niko Partners senior analyst Daniel Ahmad (via Twitter), numerous imports have been sanctioned for China, including massively multiplayer online game (MMO) Black Desert Mobile from Pearl Abyss. Earlier this month, the developer confirmed that the Black Desert franchise had amassed more than $2 billion in lifetime revenue.

Additional mobile titles included Sonic at the Olympics, Dynasty Warriors Unleashed and Marvel Duel. Most notably, League of Legends: Esports Manager was part of the approved list of games. This is the second mobile game based on the popular MOBA and has not seen a release anywhere outside of China.

Outside of mobile, Ubisoft's turn-based tactical RPG Mario + Rabbids Kingdom Battle, alongside the Chinese exclusive Rabbids Adventure Party will be available for Nintendo Switch in the country going forward.

Sackboy: A Big Adventure also became the first PlayStation 5 game to be approved since the console's launch.

The full list of games approved can be viewed here.

Last week, Mojang and Sega partnered together to bring Sonic the Hedgehog to the world of Minecraft.