Over 161 million global sales as a series to-date 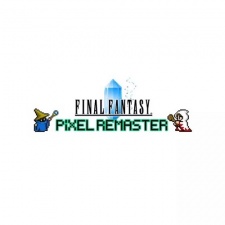 Update: Square Enix has confirmed that the first three games in the Final Fantasy remaster collection for mobile will launch this month.

Original Story: Square Enix has revealed that development is underway for remasters of the first six Final Fantasy games.

The announcement was made at the Square Enix Presents summer showcase (as part of E3 2021), where the Japanese studio confirmed that the classic JRPG titles would undergo "pixel remasters" for both the mobile and PC platform.

It's unclear exactly what this will entail outside of improvements made to the pixel art style from a technical perspective.

Rumours that a remastered collection was in the works started making their way across the web over the weekend, with Square then confirming its existence in its presentation. The company also rebranded Final Fantasy III and IV on mobile as 3D remakes on June 7th, 2021.

Is this just fantasy?

"Fans are coming to life once more in the Final Fantasy pixel remaster series," reads the press release.

"Fans and newcomers are invited to dive into six masterpieces that bridge the ages with unique tales of epic adventure. The company will release the beloved titles individually, from Final Fantasy I through Final Fantasy VI for Steam and mobile platforms."

Final Fantasy originally launched on the NES in 1987, before going on to spawn more than a dozen sequels and spinoffs. The series as a whole has accumulated over 161 million sales worldwide.

No date was revealed for the collection outside of Square noting that it will be "coming soon" to both the App Store and Google Play.

Square has also collaborated with Emerland City Games on a new Tomb Raider title, which will see the return of Lara's signature dual pistols.