Players will be able to earn emotes and themed gear 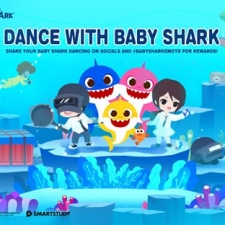 Pinkfong Baby Shark, the most-watched YouTube video of all time, is coming to PUBG Mobile with exclusive themed items and emotes in the version 1.6 update.

There’s even a special event-exclusive permanent item available to win, up for grabs for players who record and share their in-game Baby Shark Dance videos on social media.

In some instances, these are permanent rewards obtained by being part of the event and completing daily challenges.

SmartStudy, the entertainment company behind Baby Shark, launched the hit on Pinkfong’s YouTube channel in November 2015. Since then, it has been viewed more than 9.4 billion times and even broke into the mainstream music scene; it had a 20-week streak on the Billboard Hot 100.

Branded serial content has been released across multiple industries, and with a film adaptation coming up, Pinkfong Baby Shark has cemented itself in pop culture.

“Pinkfong Baby Shark has earned its place in history, and we’re thrilled to be continuing its legacy by bringing its unique brand of fun, iconic sounds and moves to PUBG Mobile,” commented Vincent Wang, Head of PUBG Mobile Publishing at Tencent Games.

“PUBG Mobile has been a global sensation for years, and we are delighted to announce the collaboration with them to introduce our beloved Pinkfong Baby Shark in a new and exciting way,” said Min Seok Kim, CEO of SmartStudy. "We will continue to develop entertaining and creative ways to present our content, bringing joy to our fans around the world and across generations."