Will be the first globally available mobile title from the franchise 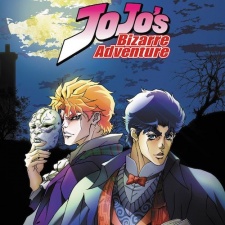 Japanese mobile games developer KLab has revealed that it has acquired the worldwide distribution rights for a new mobile game based on the JoJo’s Bizarre Adventure anime series.

The upcoming game, which is yet to be titled, is being co-developed with Chinese games outfit Shengqu Games.

KLab first acquired distribution rights for the upcoming game in August 2021, but this was limited to Mainland China, Taiwan, Hong Kong, and Macau. The recent announcement expands this to now allow the Japanese firm to distribute the game worldwide.

The announcement falls in line with KLab’s 'overseas game development support model', which focuses on generating overseas revenue for Japanese IP holders through co-development with overseas studios. Klab has globally distributed several mobile games based on Japanese manga and anime franchises including Captain Tsubasa and Bleach.

JoJo’s Bizarre Adventure is a Japanese media franchise that started as a written manga series in 1987 and has continued to run since. Currently separated into eight parts (with a ninth now in the works), the current TV series began in 2012, with the most recent series, Stone Ocean, currently airing on Netflix.

Several JJBA mobile games have been released in the past, however, these were in limited territories, most often Japan. KLab’s securing of worldwide distribution rights addresses a gap in the market to match the global enthusiasm for the JJBA franchise.

According to Newzoo, the Japanese games industry generated over $22 billion in 2021, with mobile leading as the most popular platform.