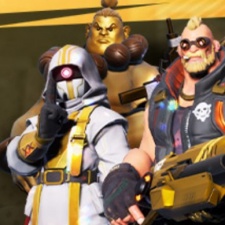 Presale NFTs will be sold at a 33 per cent discount, with the initial release taking place on March 2. During the early access period, there will be unlimited durability and the chance of winning a "super rare" costume will be up to a 73 per cent.

Collaborating with Binance NFT Marketplace, Golden Bros presales of "GB Genesis Mystery Boxes" will be conducted for fans. With said mystery boxes, players will then be able to obtain collection cards and limited edition costumes.

The collection cards are the NFTs required to then participate in the early access, making this Netmarble’s first full-scale appearance in the crypto space. Additionally, it is also Binance's NFT’s first collaboration with a global triple-A studio.

The official launch following the early access period is planned for April this year, and the roadmap for 2022 has been laid out also.