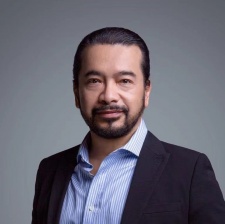 Jinke has 11 years of experience developing casual games and is best known for the Talking Tom IP. Over 20 Talking Tom titles have been developed, and collectively been downloaded more than 17 billion times, with a peak MAU of 470 million.

Both the iOS and Android versions of Sonic Dash and Sonic Dash 2, to be released in China as soon as it passes regulatory reviews, will be published and operated by Jinke, and marks the expansion of its mobile app business into the Sonic franchise.

As the exclusive Chinese licensee of Sonic Dash and Sonic Dash 2: Sonic Boom, Jinke will lead on marketing, distribution, and localisation among other elements.

Sonic Dash alone surpassed the 500 million download milestone in September 2021, making it the most played Sonic mobile title ever.

Monte Singman, CEO of Jinke International, commented: "Sonic is a classic IP loved all around the world, and we are enormously honoured to be working with SEGA on this timeless property. This is just the beginning of our partnership, and I foresee many opportunities to collaborate in the future."

Neall Jones, HARDlight studio director, added: “We’re incredibly excited that our games will soon be available to a new audience. We’re looking forward to hearing back from Chinese fans about their experience!"