Sonic Racing and ChuChu Rocket both launched with Apple Arcade 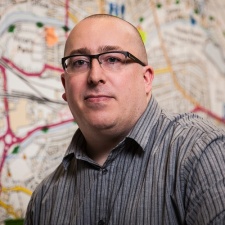 This week, we spoke to Sega Hardlight studio director Neall Jones about being one of the first developers on the service and launching two known IPs day and date.

PocketGamer.biz: Can you start off by telling us why Team Sonic Racing and ChuChu Rocket Universe both felt right for Apple Arcade?

Neall Jones: For ChuChu Rocket Universe, we'd been thinking of a new version for a number of years. When Apple Arcade came along it was a perfect opportunity to finally get some traction, and luckily the Arcade team loved the idea too.

For Sonic Racing, it was more about us seeing Sonic on a new platform and being one of the leading games on the service. We were in a position at the time to bring Sonic Racing in for launch, so it was a great fit for both Sega and Apple.

How did the partnership come about between Sega and Apple? When did the first conversation take place?

There had been conversations between Sega and Apple prior to when we first got involved as a studio. We eventually flew over from the UK to present to the Arcade team directly.

What kind of support did Apple offer Sega through the partnership?

We worked out an agreement with Apple that we were happy with but we will not be sharing those details as they are private.

I think from a studio perspective, it has been successful for us. It gave us an opportunity to release two titles on a new service at launch, which is something we'd never done before. Being able to release a product that we'd been so passionate about seeing the light of day for many years was rewarding. For Apple, launching the service with all of the titles was a monumental effort both from them and all the development teams, they should be applauded for that.

How did being part of Apple Arcade affect the success of both titles that launched on the service?

We have a lot of experience on mobile, but adding into the mix Apple TV and Mac was something new

We're really happy with the success of both games. It won't be a surprise for you to learn that Sonic has outperformed ChuChu Rocket - the movie definitely helped with our marketing!

What were the main challenges (if any) you encountered developing both games for Apple Arcade?

As mentioned, being it was the first time we took on two new titles for release at the same time, it was challenging from a development perspective. We have a lot of experience on mobile, but adding into the mix Apple TV and Mac was something new, especially getting the titles to work well on the Siri remote.

Sega was one of the first studios to launch a game on the service, would you ever look to launch another title on Apple Arcade, whether that be exclusive or not?

This is definitely something we would consider.

I'd expect to see many more titles and continued success as Apple Arcade continues to shape the way families enjoy and share video game content.

With Sonic set to celebrate his 30th anniversary next year, should we hear more about the hedgehog's upcoming plans soon? Anything you can tease? Will this be on Apple Arcade or mobile at all?

You'll have to wait and see!

This is a question that should be asked to Apple, but I would like to think so. It is a welcome alternative to the free-to-play titles that are prevalent on the App Store and has generated some unique and amazing games that I don't believe we would have seen otherwise.