Most played Sonic Mobile game ever 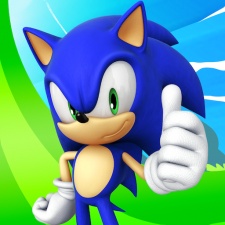 Sonic Dash was released in March 2013 and features the Blue Blur and friends running, dashing and jumping through iconic locations from the franchise.

The game was developed by Sega Hardlight which regularly update the game with events and collaborations with well-known IP.

The milestone comes as Sega celebrates the 30th anniversary of Sonic the Hedgehog, revealing several new games, partnerships and events earlier this year, including a sequel to 2020’s live-action movie.

To appreciation hitting the milestone, from September 17th players will be able to participate in a special event in-game.

"Achieving over 500 million downloads is a huge testament to the endurance of the Sonic brand and the truly fun, timeless gameplay of Sonic Dash," said Sonic Team’s Takashi Iizuka.

"We appreciate our loyal fans as well as our partnership with both Apple and Google for their enduring support in showcasing Sonic Dash in the App Stores. This milestone could not have been achieved at a better time!"

Sega Hardlight studio director Neall Jones added: "We continue to be amazed at Sonic Dash’s loyal fans and how the game is still driving millions of new downloads every month. A massive thank you to all Sonic Dash fans. We look forward to continuing to provide you with new and innovative in-game events built around the ever-expanding Sonic universe, for years to come."

Last year, we spoke with Jones about the success of Sonic Dash and how it shows no signs of slowing down.