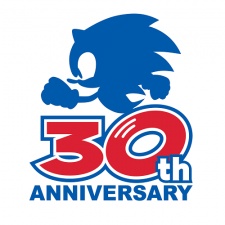 Sega has announced its plans surrounding the 30th anniversary of Sonic the Hedgehog.

Most notably, the Japanese firm will host Sonic Central, a virtual event that will showcase a number of upcoming projects, partnerships and events spanning the Sonic franchise.

It will premiere across YouTube and Twitch channels at 9 am PT/12 pm ET on May 27th.

Speculation has been rife from fans for months regarding how Sega would celebrate its prized mascot's anniversary on June 23rd, 2021.

To add fuel to the fire, a German voice-over studio seemingly leaked a Sonic Colors remaster (via Gematsu), a listing from a French retailer suggested a Sonic collection (via VGC) was in the works, on top of a music concert being spotted in Total Licensing magazine (via Tails' Channel).

Since the original Sonic the Hedgehog launched in 1991, the character has accumulated over 1.2 billion game sales and downloads.

Additionally, it has also garnered $1 billion in franchise revenue, according to the publisher.

Sega has kicked off its "Unstoppable" anniversary campaign with a celebratory video looking back at three decades of Sonic.

"Get ready to feel all of the feels, Sonic fans," reads the press release.

"Developed by creative agency Liquid+ Arcade, the “Unstoppable” campaign follows the experiences of several young Sonic fans throughout the decades..."

Narrated by longtime Sonic voice actor Roger Craig Smith - who recently hinted that he was leaving the role after 10 years in January - the video shows the Blue Blur's evolution throughout the years, from the Sega Genesis to comics and its big-screen adaption.

The video can be viewed in full below:

The Sonic movie went on to surpass more than $200 million at the global box office. A sequel has already finished filming and is expected to debut in April 2022, though there's a chance a trailer could turn up at the aforementioned event on Thursday.

While not strictly part of these anniversary plans, Sega and LEGO did confirm a partnership earlier this year that would see Sonic receive his own LEGO set.