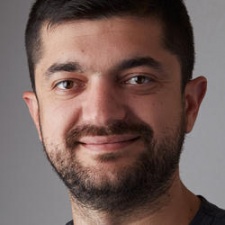 Blockchain platform Infinite Arcade and YGG SEA, the Southeast Asia (SEA) subsidiary of play-to-earn gaming community Yield Guild Games, have established a strategic partnership intended to bring half a million players in Southeast Asia to Web3 gaming – a sector expected by some to reach $100 million in revenue over the next 12 months.

The Infinite Arcade platform was established to integrate mobile games into a single blockchain platform, positioning itself as an Apple App Store or Steam for blockchain games.

YGG SEA operates as a global blockchain gaming community, and has so far invested in 80 projects and released 10 games. YGG SEA will collaborate with Infinite Arcade to expand its gaming community throughout Indonesia, Malaysia, Vietnam, and Thailand, with the objective of reaching half a million players by summer 2023.

Bringing Web3 to the masses

Şekip Can Gökalp, Founding Contributor of Infinite Arcade, commented: “Everyone at Infinite Arcade is delighted to be working with YGG SEA. We’re really excited to partner and bring Web3 to the masses through fun and easy mobile games. It’s amazing to find someone that is as bullish as we are in this space and we look forward to pioneering with them.”

Dan Wang, Chief Gaming Officer of YGG SEA, added: “We believe this partnership will help us drive impressive growth and hit some key goals in our investment strategy. Infinite Arcade is launching more and more mobile games on their blockchain platform and we believe that scale and variety will lead to sustainable growth and engagement among our gaming community.”

Blockchain games have proven popular in Southeast Asia, but one of the most frequently touted advantages over traditional gaming – the financial incentive – has not proven to be accurate, with the average daily income of Axie Infinity players' income falling below the Philippines' minimum wage line since August 2021.