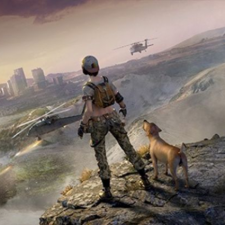 NetEase Games have announced that season 5 of post-apocalyptic survival game LifeAfter, titled Power of Mutation, will be launched on December 2. Players will face a new crisis involving a giant eye opening in the sky above and the sudden appearance of a mysterious city on the ocean.

The season will also see the release of mutated infected, who can arm themselves with nearby objects while under the influence of the source.

[Emergency Contact from Radio 101]
Advance Force has spotted anomalies emerging above the sea, and the signal is pointing to an unknown Source!
Enormous Infected Energy is detected. Get ready for the crisis, Survivors!
12/02, #LifeAfter: #PowerofMutation Release#LifeAfterSeason5 pic.twitter.com/BiJsnZftMD

“As a fan of survival games, I’ve heard about LifeAfter before, and I keep playing the game for a long time,” says Yamaoka in an interview on LifeAfter’s official YouTube page. “Their ad in Shinjiku last year left a big impression on me, so when they finally came knocking I was shocked but excited for this challenge. The cooperation went smoothly and happily. I think it’s because we share the same understanding when it comes to doomsday world, zombie crisis, and survival.”

The collaboration with Yamaoka marks LifeAfter’s latest in a string of crossovers with some of the biggest names in survival horror, following 2020’s LifeAfter x Resident Evil event.

Horror remains an underrepresented genre in mobile games, however it appears that NetEase are working hard to boost the genre’s profile on the platform with the inclusion of recognisable names and brands within the game.

LifeAfter has generated more than half a billion dollars in revenue and been downloaded more than 50 million times since its release on Halloween 2018, showcasing horror’s potential on mobile devices.