Screams on screens: The unrealised potential of horror in mobile gaming

Mobile gaming lags behind other platforms in terms of horror, but the potential for unique experiences is there 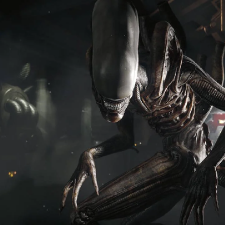 Horror has a unique place in the history of storytelling. You can make a decent argument that the first stories, told around campfires by our tribal ancestors, were horror stories.

Today, horror is arguably more popular than ever before across all mediums, including gaming. It’s easier than ever before to tell a story and get it to the masses, scare factor be damned, and draw an audience.

Mobile gaming, however, lags behind other platforms in terms of the effectiveness of its offerings, and its ability to draw in audiences.

A big part of this is the format. Horror gets its best results when it’s immersive and, whilst that’s easy in some formats, mobile is a platform that routinely struggles to fully immerse the audience. There are push notifications or distractions, the screen is too small to really lose yourself in the landscape, the tech isn’t quite advanced enough to really portray the game’s viscerality, and controls can’t quite match up with PC or console offerings. Even some of the most esteemed horror games and franchises, such as SIlent Hill and Alien: Isolation have tried, and failed, to fully translate themselves to mobile platforms.

The mobile port of Alien: Isolation may be effective, and has drawn lifetime revenue of over $200 thousand, but that stands in stark contrast to the estimated $14 million in lifetime revenue the game has drawn on Steam alone. Assuming consistent sales and prices, it would take a further 69 years for the mobile port to achieve what the PC version has achieved in eight.

However, there is potential for horror to succeed on mobile devices, if creators take advantage of what mobile gaming does well.

Some of the best examples of horror in any medium take advantage of what makes that format different from others. House of Leaves is often considered one of the most terrifying books ever written, in part due to its presentation: The words spiral across the pages, the word “house” is offset or recoloured, the footnotes descend into madness, and most editions have a sleeve that’s just a little too narrow for the pages, resulting in a singularly unsettling experience which is impossible to replicate elsewhere.

The podcast Welcome to Night Vale takes advantage of the medium to present a unique experience, becoming one of the first podcasts to become a worldwide sensation with live shows, books, and even an announced (but as-yet unproduced) TV show). Even wikis are getting in on the action, with The SCP Foundation offering a catalogue of unique horror stories in the form of a database of anomalous items, creatures, and locations.

It isn’t enough just to scare people anymore. A creator needs to offer something new, and utilising the medium can help.

The future of horror

Mobile is no different. The potential is there, but mostly unrealised.

Of course, that’s not to say there haven’t been experiments. Mobile games have toyed with simulated conversations with others to tell stories, and rumours have been circulating that Silent Hill will be utilising player’s phones in some capacity, with the rating of Silent Hill: The Short Message (SMS of course stands for Short Messaging Service) in Korea being suggested as evidence for this.

Horror can thrive on mobile by taking note of where it can’t presently compete with other platforms, and doubling down on the unique features on offer such as GPS, AR, or the possibility of text interaction. Imagine an immersive horror story unfolding over a period of days, with the characters interacting with the player via text. Imagine a ghost hunting game where the player uses their phone’s camera to avoid, or hunt, their otherworldly pursuers - after all, there's already a whole franchise, Fatal Frame, with that exact premise. Take it further, and offer particularly brave players the option to let the game interact with connected bluetooth devices such as cameras or speakers. It may even be possible to simulate an entire haunted house through a mobile game.

There are also significant opportunities to utilise existing media to tell horror stories in mobile games Haunted (or otherwise twisted) apps are already present in the media, ranging from series' to films to books to SCP-1471. Even Fatal Frame has gotten in on the action with 2004's Japan-exclusive mobile spin-off Real: Another Edition - why not take another attempt with modern mobile technology? Translating these stories to mobile platforms offers not just a unique narrative experience, but an opportunity to attract existing fans.

Mobile may not be the ideal platform for horror gaming, but by taking advantage of the unique opportunities available on such devices developers may be able to create one of the genre’s best offerings.

Five horror games to get you in the Halloween spirit