The company ended its partnership with NetEase in 2022 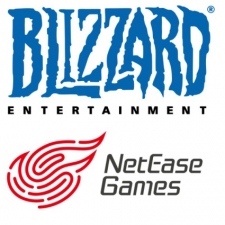 Blizzard is reportedly in the final stages of negotiations with a new partner following its split with NetEase, according to Game World Observer.

The two companies previously had licensing agreements since 2008, however they were unable to negotiate a new deal, leading to the suspension of services on a number of titles such as World of Warcraft, Hearthstone, and Overwatch. Diablo Immortal, which was developed by and published by the companies in unison, is regulated by a separate agreement and as such is unaffected by the split.

The news originally came from insider Dao Lao, who stated that NetEase has already laid off most employees at the joint venture. Lao identified four potential companies which may be named as Blizzard’s new licensing partner in China: Perfect World, Alibaba Group, ByteDance, and Tencent.

Negotiations have reportedly proceeded rapidly, with Blizzard ready to choose between two companies, although it’s unclear at present which two have made offers which it can agree to. Although Tencent remains a likely candidate as the world’s largest gaming company, ByteDance is quickly becoming a major name in the games space, emerging as a key competitor for both NetEase and Tencent in recent years.

Service on all games affected by the split will be suspended on January 23.

The Importance of collaboration

China is the world’s largest mobile gaming market, in part due to a lengthy ban on consoles between 2000 and 2015, but it also imposes significant barriers to success. As such, partnering with a local company more familiar with local regulations can help game makers from outside the country make greater inroads in the Chinese market.

Failing to enter a new licensing deal could therefore represent a significant loss of revenue for Blizzard, and see the loss of millions of local players. As such, it’s likely that the company is seeking to finalise a new agreement as quickly as possible to limit the damage as much as possible.