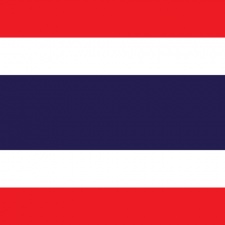 Thailand is one of the most important mobile games market in Southeast Asia for mobile games.

In May, Garena continued its market dominance with several titles in the top 10 rankings for iOS & Google Play downloads and revenue. Hardcore games and mobile eSports titles top the revenue charts whilst casual games perform well in the download charts.

MMORPG and strategy games based on Chinese or Korean IP generate high revenues. Several new entrants hit the rankings in May as well.

Garena is the number one publisher by revenue and downloads

In May 2017, Garena retained its position as the number one mobile games publisher in Thailand by both revenue and downloads across iOS and Google Play.

The company had multiple games in both the top 10 charts, but the biggest one by far is Realm of Valor, which claimed the number one spot on both the iOS and Google Play revenue and download charts.

Realm of Valor had over 1.5 million downloads in May 2017 alone and saw revenue grow 35% over February.

Realm of Valor is Garena’s licensed version of Tencent’s Honor of Kings, a 5v5 MOBA which is the number one grossing game in China as well. Tencent has been keen to bring the game to other markets after its success in China and is relying on the experience of partners like Garena to make the game successful overseas.

Honor of Kings is known as Realm of Valor in Southeast Asia, Penta Storm in South Korea and Strike of Kings in North America and Europe.

In Thailand, the game had over 1.5 million downloads in May 2017 alone and saw revenue grow 35% over February. The competitive element has proved successful in the country and has even boosted the popularity of clone games.

Moontron’s Mobile Legends, which is a clone of Realm of Valor, ranked fifth in the iOS download charts.

Garena continues to invest in Thailand

Garena’s Breakout is a mobile FPS title that aims to grow the mobile eSports market through its 5v5 team death-match mode. In addition to self-developed titles, Garena also has a number of hit licensed games. FIFA Online 3 M from EA is one of Garena’s most popular licensed titles on mobile at sixth on the Thai iOS revenue chart.

Thailand has more hardcore gamers than all other countries in Southeast Asia.

Mobile eSports is a growing trend

Thailand has more hardcore gamers (playing more than 21 hours per week) than all other countries in Southeast Asia. This has led to a growing eSports scene on PC in Thailand.

The recent Hearthstone and Overwatch tournaments, and the strong demand for those games in Thailand, has led to game publishers attempting to reach those players on mobile platforms as well.

Realm of Valor is an example of a mobile eSport game that has taken off in Thailand due to the popularity of League of Legends eSports on PC. Garena’s Breakout meanwhile aims to capitalise on the success of the CrossFire eSports on PC.

China-based Hero Entertainment has found success with its mobile esports orientated title called Crisis Action, which aims to do for mobile games what classic FPS titles like CrossFire and Counter-Strike did for the genre on PC.

The company has found its hardcore niche of gamers on Android where Crisis Action ranks sixth on the grossing charts. The title encourages gamers to compete in tournaments by rewarding them with both virtual and real prizes.

The vast majority of Thailand’s 40 million mobile gamers spend nothing in mobile games. Subway Surfers, Slither.io, My Talking Tom, Hill Climb Racing, Toy Blast and Asphalt dominate the download charts on iOS and Google Play but do not make any appearance in the top grossing charts.

Chinese companies such as Youzu, IGG, Hero Entertainment, Elex and Seasun also have games in the top 10 revenue charts with Legacy of Discord, Lords Mobile, Crisis Action, Clash of Kings and The Legend of Swordsman.

Thailand is a market that can no longer be ignored. Total revenue generated by the top 10 grossing iOS and Googe Play games grew 85% year-on-year.

The increase was primarily driven by the continued growth of Realm of Valor as well as the introduction of brand new games in the MMORPG and Strategy genres. Please refer to our Southeast Asian Digital Games Market 2016 report on our online research store for more details.