How to launch your mobile game in India 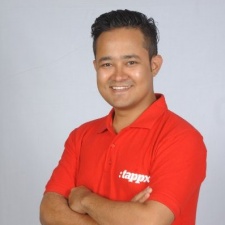 Despite Indian mobile gaming revenues falling short of those found in the US, Europe or Japan, the Indian market's fast growth makes it an enticing prospective market for Western mobile game developers.

Statista reported that the Indian mobile games market ended 2016 with $466 million in revenue, with predictions that its revenue will reach a staggering $1.1 billion by 2020.

And last year App Annie ranked India in fifth place globally for game downloads, and it’s expected to overtake both Brazil and Russia over the next few years.

Last year AppsFlyer reported that just 3.1% of mobile users in India spend money on in-app purchases, compared to 5.2% globally. Because of this trend and high barriers for card payment for India, monetisation through ads is critical for developers to achieve financial success in India.

Most Indians don’t pay for games, but they do tend to have a high tolerance for ads within them. We recommend using native or rewarded ads in your game, rather than interruptive banners and interstitials. Based on our experience here at Tappx, casual and sports games monetise really well in India.

Social card games like Teen Patti, Blackjack and Indian Rummy are extremely popular outside of online gaming, having been played in households for decades. Teen Patti has 40 million users and 3.5 million daily players, ranking higher than Candy Crush on the Google Play Store (February 2017) in India.

Android is the dominant mobile gaming OS in India with 80% market share. Most of these are low configuration Android smartphones. Statista reports that India this year has 299 million smartphones.

Dependency on internet bandwidth has a big impact on a game’s popularity in India. People download and update heavy apps predominantly over Wi-Fi.

Both 3G and 4G connectivity are very limited, therefore an app or a game which depends on regular updates and releases will experience low penetration and adoption from local Indian users.

On the technical side, it’s important to design and build lightweight games which are less dependent on internet bandwidth for the reasons mentioned above.

Where possible developers should adapt design or graphic assets to make them more relatable and attractive for Indian audiences. Adding cultural elements to a game (such as known places, events, religious iconography) can offer a significant advantage for building affinity with audiences.

But do be sensitive around religious content in your games because India is home to a diverse array of religious beliefs. It’s easy to offend if someone pokes fun at or unintentionally insults religion.

Be careful if your game has references to alcohol, as it isn’t traditionally a part of Indian culture, where the drinking age is 21 is many places (and 25 in Delhi).

Older generations often view the consumption of alcohol or tobacco by younger generations as distasteful. There are similar conservative attitudes towards nudity and sexual content.

English language isn’t a barrier because India is the world’s second largest English speaking country, with 12% of its population (125 million people) speaking English as a second language. However it’s always advisable to include an option for vernacular language options.

Western games that have achieved success in India

Games which have caught the attention of Indian gamers include Subway Surfers by Kiloo, Temple Run by Imangi Studios, Hill Climb Racing by Fingersoft, Talking Tom by Outfit7 and Lep’s World by Nerbyte GMBH.

These games have been successful in India because they’re casual games. They’re easy to pick up, possessing a social element which encourages users to play a lot, score high and share with their scores with peers.

A number of these games have been localised for Indian audiences, e.g. Subway Surfers features a world tour theme with graphics of Indian cities. All of the games above are available on Android and support most low-end Android handsets with older OS versions.

India is a fast growth and potentially lucrative market for mobile games developers. To succeed in this region companies need to be particularly mindful of local tastes, hardware and data speeds, and adapt content accordingly.