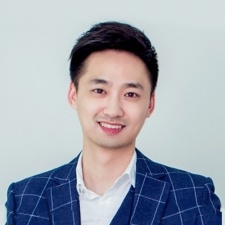 The publisher, which will bring Boss Fight’s Dungeon boss to the Chinese Android market under its new distribution model, is keen to help developers break into the country’s lucrative mobile games sector.

China is one of the biggest mobile games markets in the world and developers are increasingly looking into how they get successfully launch their own titles in the country.

However, given government regulations and the need for a Chinese partner, it’s not that simple.

“For instance, government approval for foreign titles currently can take up to six months or more.”

Fei says iDreamsky’s aim is to offer a service that helps lower the barrier to entry for foreign developers, whilst allowing to keep control over their titles. Unlike with some other publishers, no source code is needed for iDreamsky’s distribution model.

To do that, it offers a number of services. This includes helping developers with putting together documentation for the all important International Standard Book Number (ISBN) and getting games onto core Chinese Android channels.

All games require this to be legally published in China. Developers without an ISBN will not be able to release a game and will face legal penalties such as a fine if they try to circumvent these regulations.

The Chinese Android market, for example, is not accessible for foreign companies without an ISBN, and these are only issued to Chinese partners.

The Chinese market consists of several Android marketplaces - though Google Play is currently not one of them. The biggest channels typically offer better deals to the more famous and successful developers in the region - which is where iDreamsky comes in.

As well as partners such as Pixonic and Boss Fight, the publisher has also worked on several top titles in the past such as Temple Run, Subway Surfers, Monument Valley and Toy Blast.

More recently it’s been the publishing partner for Gardenscapes and Hawk: Freedom Squad. And it’s on the lookout for more.

Across its portfolio, iDreamsky says it has a daily active userbase of more than 12 million, while the number of monthly active users stands at just over 261 million.

To find out more about iDreamsky and how its distribution model can work for you, visit the company’s website here or email the company at distribution@idreamsky.com.

Reply
Nayef Alqahtani TSE at SGS
HI,
would like to comment a point on this game as a player this game since almost 4 years, the devoplbers are changing the game regurlly in short terms which drive old players crazy and keep them spending more and more to follow up new updates, weapons and reborts, they are spoilling the atmosfar with unexplaible resons. i hope they change them startgy soon before it loos tentions of other players.
Posted 3 years, 8 months ago