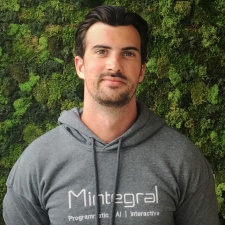 Chinese mobile ad tech firm Mobvista has spun out its monetisation platform as its own company.

Called Mintegral, the company was originally set up in 2016 as a supply department for Mobvista.

The decision was taken this year however to make it into a fully independent company with the aim to act as a consultant for Western mobile games developers for the Chinese mobile market.

“Previously, Mintegral was only a very small operation when underneath the Mobvista umbrella and we felt there was a massive need to increase our operation as an independent company, mainly because there is so much demand from publishers targeting growth in APAC,” Mintegral EMEA business development manager Sean Parmenter tells PocketGamer.biz.

“We made the change internally at the start of the year, but GDC in March was really the first time we went public with the new approach.”

Mintegral's main services are offering developers a way to advertise their games in China, as well as help them monetise more effectively in the country.

“We do this through tech that we’ve built such as our in-house algorithm for better targeting, the creative lab we’ve set up to design more interactive and engaging ad formats and local demand which we have accumulated over the past two years,” says Parmenter.

“The EMEA team in London are more like consultants for mobile games developers who want to learn about the China market such as current trends, gaming categories and how to make a game successful in China.”

We made the change internally at the start of the year, but GDC in March was really the first time we went public with the new approach.

Mintegral says its advertising platform is AI-driven - one of the hot buzzwords in the games industry right now thanks to the rise of machine learning in recent years.

Parmenter says when it talks about AI, in this case it’s really talking about algorithms.

“Every programmatic platform is based on intelligent algorithms, but there can be big differences in how effective these are,” he explains.

“Lots of the big new services and platforms emerging from China are based on this kind of AI, and we recently hired an AI specialist, Ramon, who worked on a lot of the algorithms behind Alibaba’s mobile services. So this is a major area of investment for us and a way that we want to differentiate.”

Parmenter says that the targeting and decisions made by the algorithms are driven by previous campaign performance. That way, when it runs a new mobile campaign, it uses compiled historical data on how similar campaigns have performed, as well as the variables and behaviours that were part of that.

“That level of data means the platform then learns from this and makes better decisions and improves the targeting each time a campaign runs,” says Parmenter.

“So whether it’s a campaign for a casual game running in Japan or an RPG game running in China, the platform will work out the best way to target a specific audience profile.”

The Chinese market has been notoriously difficult for Western mobile games developers to enter in the past. Not just the different cultural tastes, but the sheer amount of competition and local heavyweights like NetEase and Tencent vying for the top of the charts.

When it comes to monetisation though, Parmenter says there isn’t much difference at all.

While the Chinese market may be home to games with more complex IAP systems, Parmenter says the global success of titles like Playerunknown’s Battlegrounds and Fortnite “shows there isn’t a huge gulf between different markets”.

“I agree that there is a viewpoint that it’s difficult to break into the Chinese games market, but that doesn’t mean it’s not possible,” he states.

“In fact, I believe it’s extremely viable for western app developers to be in China - you just need to appreciate that there may be things you need to do differently. Many of these are well known, such as the government regulations and the lack of an official Google Play store. Working with a local specialist is the best way to deal with all of these.”

Parmenter adds that the opportunities to developers in China outweigh the difficulties of breaking through. And, he points out, it’s the fastest growing market for mobile games.

“There are currently 600 million mobile gamers in China, which is set to grow to over 720 million in the next four years,” he explains.

“Last year, $12.1bn was spent on mobile games, and forecasts are that this could rise to $24.2bn in the next few years. Finally, and this is my favourite, every day, people in China spend 2.5bn hours spent playing mobile games.

“If that isn’t enough to make any app developer look at China as a tier one market, I don’t know what will.”

For those looking to find success in China through advertising revenues, Parmenter says from its experience rewarded videos perform well in China with similar response rates to what Mintegral sees in Europe or the US.

Playable ads have also been successful, he claims. Despite the growth of, and changes in, the ads market over the last couple years, Parmenter doesn’t expect any further market shifts in the short-term, though says it’s still looking at new formats.

I always think that the best ads are the ones which are the least disruptive to the game experience itself.

“For example, we’ve developed an ad format which is a playable end card, that brings an extra element which users can engage with,” says Parmenter.

“Since the start of the year, Mintegral has hired upwards of 40 people to help build out the technology and work on new creative formats. We created the Mintegral Creative Lab, and we are testing some interesting new things, along with developing ads for augmented reality and virtual reality, as other companies are doing.

“I always think that the best ads are the ones which are the least disruptive to the game experience itself. No monetisation strategy can work if people don’t want to engage with the ads.”

As for how  Mintegral sees its own future now it has spun out of Mobvista and into its own company, Parmenter says it’s less about the platform and technology and more about how it positions itself in a “very saturated Western market of ad networks”.

“I want Mintegral to become the go-to consultants for Western app developers who are looking to maximise ad revenue in China and APAC,” he states.

“We are not only doing this through innovative tech but also knowledge sharing, industry updates and general one-to-one consultations on how to succeed in China.”