Thanks to the Mintegral-led campaigns, the ad fill rate for Voodoo’s titles increased from 30 per cent to a high of 75 per cent 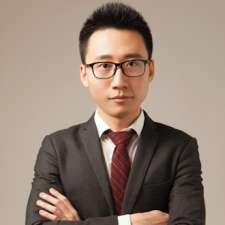 Sim He is director of publisher success at Mintegral.

Last year saw the real emergence of the hyper-casual game genre, and its continuing growth and influence on the wider industry have been one of the biggest developments of the past few years.

With more than 100 games launched, more than 15 of which have been top 20 hits on the App Store since 2016, France-based Voodoo is definitely one of the companies most associated with the hyper-casual wave.

Hyper-casual games depend on ad monetisation for success

Because hyper-casual games are designed to be snack-sized - lightweight, instantly playable and very addictive - they depend 100 per cent on advertising for their revenues. So for Voodoo, the key business challenge isn’t just how to convert those two billion-plus players into money - it’s also sustaining those downloads and keeping the hit games coming.

And, because the games depend on effective advertising in order to monetise, the success of hyper-casual publishers like Voodoo is hugely dependent on the capability of the ad networks they partner with.

Voodoo games such as Hole.io, Helix Jump, Crowded City, Snake VS Block and Paper.io have been a huge hit with Chinese consumers. As part of its strategy for expanding into China and the APAC region, Voodoo decided to partner with China-based Mintegral to see if they could improve its ad monetisation strategy.

“As we all know, China is a market where the more fragmented app landscape makes ad campaigns at scale more complex to plan and execute. Mintegral’s exclusive relationships with hundreds of app publishers meant that we were able to access to a lot of exclusive ad inventory, which was key to us being able to monetise our games successfully,” explained Shumin Dai, user acquisition and monetisation manager at Voodoo.

By the end of 2018 Mintegral was helping Voodoo to monetise 28 titles with programmatic in-game ads. This had grown to 40 titles by the end of April 2019, making Mintegral Voodoo’s biggest monetisation partner in the region.

Thanks to the Mintegral-led campaigns, the ad fill rate for Voodoo’s titles increased from 30 per cent to a high of 75 per cent, while the eCPM stayed stable at between $26 and $30. But perhaps the most impressive increase was in the number of ad impressions, which have increased 30-fold.

Because hyper-casual games rely so much on advertising for their monetisation, it’s essential that the ads that are shown in-game are engaging and don’t cause the player to turn off. This makes ad formats like playable, interstitials and rewarded video which gives consumers a short but fun preview of the full game the perfect formats for hyper-casual games.

Mintegral is able to leverage its own in-house studio called MindWorks that is a specialist in these kinds of interactive ad formats. The combination of strong creative capability and programmatic advertising makes Mintegral an ideal partner for Voodoo - especially as the creative and ad placements could all be handled by the same team for much greater efficiency.

For a hyper-casual game to be a success it must tread a fine line between showing as many effective ads as possible and not damaging a user’s enjoyment of the game. Getting the right ads presented at the right time results in much higher eCPMs for the publisher, as well as helping to cross-promote other games more effectively.

This is only possible with the kind of data-driven programmatic advertising which Mintegral offers. The more effective the advertising, the lower the cost per install (CPI) for Voodoo and the higher the eCPM from advertisers which would like to promote their own games from within such successful apps.

Taken together, the approach of Voodoo and Mintegral in the Chinese market shows how it’s perfectly possible to achieve a big success in a short timeframe.

Voodoo’s industry-leading marketing and growth practices have helped to push its games to the top of the app stores, and the support from Mintegral in the APAC market with its data-led advertising and creatives have helped Voodoo to monetise its huge fanbase.

The result of the combination of these two companies’ expertise is a proven recipe for success for hyper-casual games in China.

Voodoo's Publishing team would be delighted to discuss your games' potential with you so don't hesitate to sign up on their form and you'll be contacted up to 48 hours after submission!  Take your games to the next level.