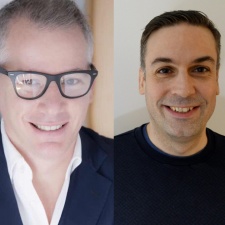 How do you go about bringing a PC indie hit to mobile?

505 Games announced plans to do just that with No Brakes Games’ Human: Fall Flat earlier this month.The physics-based puzzle platformer has been a certified success for the developer and its PC and console publisher Curve Digital, racking up five million sales.

In wake of the news that the game is coming to mobile, we reached out to the team to figure out how publishers go about bringing an established success to handheld devices.

But there’s one question that needed answering before anything else - why bring Human: Fall Flat to mobile at all?

"As a title, it continues to perform well and with that comes a very passionate and engaged fan base.

“Bringing the game to mobile devices seemed like a perfect opportunity to tap into that existing love for the game and also bring it to new, broader audiences who perhaps wouldn’t have been otherwise able to experience it.”

There's a huge difference between launching an indie game on PC/console and mobile. From the technical limitations and input to the gulf between how these games are consumed, there are a number of challenges involved in bringing desktop hits to smartphones.

“The biggest challenge is bringing a game that is built to be played with a traditional controller to the mobile platform," says Woodward.

"It’s not always easy to replicate that experience but 505 has a great deal of expertise in this area.

“We want to be sure to keep the existing fans happy as well as bring new gamers in to experience the delights of Human Fall Flat with their friends and family.”

But it’s not just development that needs to make changes, there are some key areas mobile publishers need to be wary of too.

It’s harder to reach those more casual gamers - unlike core PC gamers, they are less likely to already know about your game and less likely to divert their attention

“Publishing challenges are very similar regardless of what platform you’re publishing on," states Woodward. "We still need to work hard to ensure the game we’re releasing is the best quality it can possibly be, that doesn’t change.

“The key difference is the first-party partners we’re working with to bring the game to market and ultimately the consumers we’re talking to.

"Arguably it’s harder to reach those more casual gamers - unlike core PC gamers, they are less likely to already know about your game and less likely to divert their attention away from some of the more established franchises.”

505 Games isn’t Human: Fall Flat’s original publisher - that right belongs to Curve Digital. Three might be a crowd, but Woodward explains how 505 Games found space within that existing relationship with No Brakes Games as a bridge towards mobile success.

“With our experience of successfully bringing established gaming properties to mobile such as Terraria," he says. "We were delighted to have the opportunity to work with Curve digital and No Brakes Games (who developed the original PC version).”

A one-way ticket to China

But the mobile port alone isn’t the end of the story. With the help of Chinese publisher X.D Network, 505 Games is bringing Human: Fall Flat’s handheld iteration to China.

“We are confident that the mobile platform in China will make this game even more popular than it already is. To date, Human: Fall Flat mobile has been reserved more than three million times on TapTap, the biggest mobile premium channel in China.”

“Chinese users are increasingly demanding," says Rosenthal. "They are looking for in innovative gameplay and better quality. They are open to experimenting with new concepts and mechanics. Today, they are also willing to pay to play.”

Chinese users are increasingly demanding. They are looking for innovative gameplay and better quality.

Rosenthal explains a number of reasons for this trend. Increased consumer exposure to foreign games, better IP rights protection and higher purchasing power are convincing Chinese audiences to pay up before they play up.

“Where players would typically play freemium MMORPGs, now users are willing to spend upfront, paying to play distinctive foreign games with unique gameplay such as Human: Fall Flat," he says.

But it’s not just audience expectations. In a global market, developers and publishers need to adapt to give their games appeal on a worldwide scale.

“Chinese studios are now exposed to global competition, and tough domestic regulations are being pushed to compete with foreign content providers outside their own turf," says Rosenthal. "This inevitably sparks new creative ideas in a very challenging market.”

Additionally, Rosenthal wanted to highlight one platform in particular that is helping Chinese developers compete on a global stage.

“It is worth noting that Steam is not only a channel to bring foreign games to China, but it is also an avenue for many indie studios and publishers in China aiming for global recognition, most notably X.D. itself," he states.

What’s next for Human: Fall Flat, then? Woodward was naturally hesitant on details, but there’s a strong chance this isn’t the end of this floppy success story.

“At the moment we’re focused on bringing the best experience possible to mobile consumers so there's nothing to speak of now, but if the game is a runaway success as we all hope it will be, then watch this space," concludes Woodward.