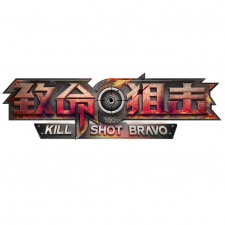 This is no mean feat, and one achieved very rarely by western studios. However, it was short-lived - the game has since suffered a drop-off in the Chinese charts.

But how did it manage it in the first place, and how has it had to adapt to the Chinese market?

To learn more about the firm's approach to China, and how it plans to boost Kill Shot Bravo back up the charts, PocketGamer.biz reached out to Vlad Ceraldi, Director of Development at Hothead Games.

PocketGamer.biz: To what do you attribute Kill Shot Bravo's early success in China?

Vlad Ceraldi: A lot of it has to do with the fact that the game is simply a lot of fun, with universal appeal.

It had been a hit in all the other countries we’d launched it in, so we hoped that Chinese audiences would like it as well.

China is definitely a distinct market, and not all games that succeed in the west are also successful in the east, but we had done our research and we knew that Chinese gamers enjoyed fast-paced, high-fidelity action games, so we expected that Kill Shot Bravo would fit right in.

Another factor, of course, was our partnership with Cheetah Mobile.

We had done our research and we knew that Chinese gamers enjoyed fast-paced, high-fidelity action games.

They provided excellent guidance to help us tailor the game for Chinese audiences, and they did an outstanding job of securing great marketing and store featuring exposure in all the main app stores.

We are still learning as we go, but thanks to Cheetah’s help and expertise, we were able to enter the market by starting out on the right foot.

How important was Cheetah Mobile in establishing this early momentum, and what specifically did it bring to the project?

Cheetah was crucial to the game’s early momentum.

We may know a lot about developing shooter games, but we did not necessarily have the appropriate expertise on publishing games in China, so we wanted to partner with somebody who did. Cheetah turned out to be the perfect partner.

They worked with us to recommend some changes to the gameplay, mainly from an in-game item tuning standpoint, and they also advised us on making small tweaks, like awarding more energy and optimising IAP price points.

Was the game culturalised for the Chinese market? What was the biggest change, and are you planning more based on feedback?

We didn’t have to change too much in order to culturalise the game for the Chinese market.

We obviously translated the text, and on top of the tweaks to the gameplay, economy, and energy system that we mentioned earlier, we also worked with Cheetah to develop a custom publishing schedule for our updates, because it is known that Chinese gamers consume content much faster than gamers from other parts of the world.

That was probably the biggest change. We are big believers in Games-as-a-Service and we are constantly launching new updates to all of our games, but perhaps the biggest change in the Chinese version of Kill Shot Bravo is that the team were on an extremely aggressive update publishing schedule, even for us.

Kill Shot Bravo suffered a drop-off in China after initial success. What have you learned from this?

The drop-off wasn’t entirely unexpected, since we knew the game would get less downloads after it stopped being featured.

We now have to support the game with smart, targeted marketing campaigns.

We now have to support the game with smart, targeted marketing campaigns, and we have to continue to optimise the gameplay based on what we learn about the Chinese audiences.

We are a very analytics-driven company, and we’ve been monitoring the game’s performance very closely to learn everything we can about the market.

How will you be attempting to push Kill Shot Bravo back up the charts? Any China-specific updates/campaigns?

Yes, absolutely. We’ll be supporting the game by marketing it in the region, and as we mentioned we will be focused on rolling out new content and levels.

We also have lots of campaigns planned to promote currency sales, special events and the like.

Do you think there's still a healthy appetite for skill-based games in China, where the the mobile market is dominated by auto-play and pay-to-win?

Yes, I think the success of Kill Shot Bravo proves that skill-based games can do well in China.

Action games are still popular in China, particularly shooters, and we’re betting on the fact that they always will be.

Can we expect to see more Western-developed games breaking into the Chinese top 10, or will it remain a rarity?

Having the right publishing partner is absolutely key.

A lot of Western developers are certainly trying to break into the Chinese markets, and though it isn’t easy, we expect that others will have success at it as well.

I don’t think it will happen all the time, but I do expect that we’ll see it happening more often than it has in the past.

Having the right publishing partner with the same level of confidence to make the product successful is absolutely key to making a hit game in China. We are well on our way!