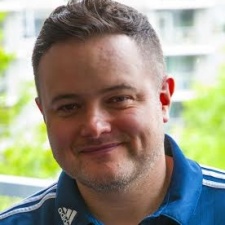 Mike Inglehart: Hothead was founded 10 years ago, having come from the console world. For the last several years we’ve been focused exclusively on mobile, and today we are one of the biggest developers of mobile FPS and shooter games in the world, with titles like Kill Shot and Kill Shot Bravo.

Shooter games have always been one of the most successful genres for consoles and PC gaming, but they have not yet become a mainstream fixture for mobile devices.

We’re trying to fix that, and we think we’ve found just the right combination of gameplay, graphics and heart-thumping action to do it.

Kill Shot Bravo is your latest release. How is the game performing, and what's next on the agenda?

It’s doing great. Kill Shot Bravo has been downloaded by tens of millions of players and has been very well reviewed by fans and professional critics alike.

We just released a new 1.7 update that introduces Alliances, which brings the next generation of social, multiplayer FPS gaming to mobile devices. Our players have been asking us to bring this type of social functionality to the game for a while.

It was not an easy undertaking from a development perspective, but we are glad to report that now players can forge Alliances with other players to complete important missions, take on an evil enemy, or even declare war on opposing Alliances in head-to-head battles.

It’s a major step forward for the entire genre.

One of 2016's trends so far seems to be an increasing transition towards more core and PvP experiences. As a developer in that space, do you find that encouraging or intimidating?

Both! Of course, we are glad to see this movement taking place, and we’d like to think that we’ve played a role in helping it come to fruition, but at the same time it really makes you step up your game when you see so many other developers creating such amazing core experiences.

We are glad to see the PvP movement, but it really makes you step up your game.

But we don’t really worry about what other developers are doing.

We are just focused on building the best, most intense experiences possible, and we are fortunate enough to have a great track record to fall back on with both our Big Win Sports series which is completely PVP based and our Sniper Duel PVP Mode in Kill Shot Bravo.

Having some of the most talented designers and developers in the space, we are confident that we will continue to be one of the companies leading the industry forward in this area.

As part of Canada's largest independent game company, what will you be hoping that attendees of PGC Vancouver's indie track will learn from your talk?

In the end, we hope that attendees will understand some of the important aspects that a mobile designer should consider focusing on in order to stay ahead of the game in this incredibly fast-moving space.

You can find out more about all the speakers at Pocket Gamer Connects Vancouver here.

Hothead on how game designers can stay ahead of the competition

Reply
Лена Головач
Dear HH team!
As a representative of Russian alliances, I want to thank You for creating such a great game as Kill Shot Bravo. That game is really attractive and lots of players really got addictive to it!
Also I would like to inform you about the following situation - We really like this game, and we understand that you work hard to improve it- we do appreciate all your efforts!
However, we came to a point of no return and looks like we have no any other choice
but stop play and go on Strike since now on!
Also we are wild open for any other alliances to join us. Thankfully KSB is not the only online game .
Now let me explain myself to make it more clear what exactly we are not happy with.  1. Gun Shop. Your prices for the weapons are unreasonably high! You can compare it yourself that current weapons(up to date depending on the region) a few months ago were times cheaper than what is offered today!  2. Gold ... Those prices are too high as well, let's say 3000 energy worth US $100 For active gaming that amount is hardly enough to play for two weeks. But in Russia for most people it is almost a half of a monthly wages!  3. VIP status in this game is like a curses level! Then higher level player achieved then higher prices hi gets for the Gold bars. Where are discounts for regular customers?Why don't you provide once in the while some discounts for your loyal valuable gamers? 4. Player's Rank. What is it for? Where are any benefits of having it ? We are really believe that this is have to reflect an activity rate of the player! Where is Your appreciation for active gamers ?  5. Lottery! If this is Lottery,-it must be the one! Those prizes should fall out accidentally and not being programmed by you to get as much gold from the players as you can. Do you really think that gamers are some idiots?
If some person comes into the shooting game to shoot and even willing to pay money for it, then why should he win an automatic shotgun in a Lottery? And this is not the fact that he will win it there, most time you can spend thousands of gold and don't get any weapon.
6. Cheaters. When will You provide us an opportunity for fair play? We have no chance to compare with some alliances, who are playing their dirty games! For example - who are so called Gods of War??? Are they Your testing team or Your family members??? If so - what are they doing in the common battle??? I gonna send you some pics just for example of cheaters. One of them shows that some dude had 1900 golden bars award. What the hell he did to get it??? Watched whole 3-hours Avatar movie??? Another pic shows that some dude has 96 000 golden bars on his account. Let's do some math - according to the Your price for gold drop to get so much golden bars that dude have to spend around $3000 US currency . Do not even try to tell me that he really paid Real money for his gold - I'm not gonna by that crap!!!
7. Free Gold.. Well, let's talk about it. Why several months ago reward for watching videos used to be times and times higher then now??? For some not a billionaire players it's almost only way to upgrade once in the while their weapons. Also why lower region weapons that we bought for Golden bar could not be used for trade at the time of buying a new ones??? Do You really think it's fair??? Every single time a new region missions are released with higher and higher weapons cost!!! Just let us know please what to expect in the future??? A sniper rifle for region 25 will cost like 10 000 Golden bars??? Don't You understand that playing this greedy game with a weapons cost You will start to loose lots of loyal players, who literally just can't afford Your appetite!!! It's really remains me some drug dealer's strategy - give a people something free or at the really low cost, then when people got addictive rise the price to the sky !! We hope that reasons showed above will give You a clear good look at this situation. Also we really want to believe that all these reasons will help You to make some changes to KSB game and make it more affordable and more popular in our Russian Community. We are really want to congratulate You with a release KSB game on the China market. That was a really great move, but don't forget one little thing - most people in China had an daily income around $4-5 in US currency. No doubt that they can afford KSB game, don't they??? Since now on we are not going to spend even $1 for the KSB game, unless HH team will make some really positive changes to it!
Also, we will give as much negative feedback as we can at all sources such are AppStore, Google etc.
Russian alliances now BOYCOTT this game because of cheaters, high guns cost and lot less free gold!