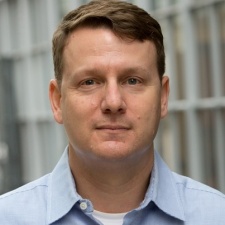 Shanti Bergel brings a career-long passion for Web and mobile entrepreneurship to his role as Senior Vice President of Business & Corporate Development at GREE.

Building upon 20 years of experience, he is recognized as an expert on freemium monetization and digital distribution.

He also led business development at Three Rings, an early pioneer in free-to-play MMOs, and ran console, PC, mobile, online, and casual game development for The Sims and FIFA at Electronic Arts.

Back in 2012, Japanese mobile game developer GREE acquired US outfit Funzio for $210 million in an all-cash deal.

This demonstrates the scale at which the firm operated at its peak - leading the way and growing fast.

But like with fellow Japanese firm DeNA, the rapid, international expansion had to stop somewhere.

Between 2013 and 2015, GREE closed offices in Beijing, Osaka and Vancouver, as well as cutting its San Francisco staff by 30%.

However, there have also been investments and acquisitions in that time, and two new offices in Berlin and Melbourne - the latter thanks to the acquisition of Twiitch.

“We have had moments where we have been at the top of the App Store - we had three midcore games in the top ten - and I think that was the peak for our Western business,” GREE's Senior Vice President, Business & Corporate Development Shanti Bergel tells PocketGamer.biz at Pocket Gamer Connects London 2017.

The benefits of that period are still being strongly felt - particularly from Bergel's perspective from the San Francisco office - with Western-developed games such as Knights and Dragons still performing well four years on.

However, the mobile market has changed. “The benchmark has moved” with the likes of Pokemon GO and Mobile Strike, says Bergel, and GREE must move strategically to keep up.

“Aspirationally, we're more Mobile Strike than Pokemon,” he adds. “That's what we intend to do.”

Aspirationally, we're more Mobile Strike than Pokemon. That's what we intend to do.

He quotes ice hockey legend and retrospective business guru Wayne Gretzky: “Skate to where the puck is going to be.”

It's a good idea in principle, the only issue being that most of us have no idea where the puck is going. However, Bergel and GREE have clearly studied its trajectory.

“For us, it involves building a game design and service delivery that is more complex than previous mobile games have seen,” he explains.

“Similar to when Game of War launched, when people were a little unsure exactly why decisions were made in that game the way they were, but if you were a student of Chinese MMOs - as the CEO of that company is - you saw the fingerprints all over it.”

The next release from GREE will be coming from the Melbourne studio - formerly known as Twiitch, acquired in July 2015 - and Bergel has high hopes for what the team is creating.

At the time of the acquisition, the Australian outfit was little-known and only about 20 people strong.

GREE's faith in the team is evident, however, as Bergel describes their upcoming title as “one of the more ambitious projects in the entire company”.

“It's ambitious in terms of scope, and in terms of our hopes for business outcome,” he adds.

He also explains that GREE is interested in the idea of bundling and unbundling - the business concept of taking existing products/ideas apart to make new ones, and packing them together in new ways - in a gaming context.

He uses the example of tower defence, which was unbundled as its own subgenre of strategy before being bundled with new ingredients to create the all-conquering Clash of Clans.

Another good example would be the MOBA, which began life as a Starcraft map before becoming its own genre in a hugely competitive PC scene, and then being bundled again with elements of a card battler to create Clash Royale.

As such, Bergel cryptically explains that the upcoming game from the Melbourne studio will “include things that you will identify with several genres”.

It's much harder today to be competitive with original IP.

The game is set to launch in 2017, but Bergel is under no illusion that making it a hit will be easy - especially as big brands and Hollywood/celebrity IPs continue to flex their muscles on the App Store.

“It's much harder today to be competitive with original IP,” he considers.

“Two years ago, the majority of the top 10 were probably original. Now you see Pokemon, you see Marvel, you see licensed IP making a bigger statement.

“[But] we've always been much more fans creating our own worlds and owning our own brands because it gives us complete license to do whatever we want with them.”

And indeed, GREE has a strong back catalogue and a wealth of long-running live services to plunder for new titles.

But with ageing games that maintain a sizeable community, this in itself is a challenge.

“It's very tricky to do sequels in free-to-play,” Bergel states. “King has done sequels well, not upsetting their franchise and actually augmenting it - but it's not always that easy.

“Sometimes the games get old and they need a massive technological upgrade, but sometimes that's dislocating and the players actually enjoy the older game,” he adds. “It's something that requires a lot of care.

“Upending their world and saying 'everybody over here now' - that can be met with trepidation.”

GREE also has the benefit of being a truly international company, with a major presence in the West as well as its Japan headquarters.

The fact we don't launch Western games in Japan should tell you something about the opportunity.

However, while Bergel notes that the different parts of the company are very much communicative when it comes to knowledge-sharing, he explains that it's rare for Western-developed games to make it to release in Asia.

“This is sometimes a little surprising to people, because they think 'you're an Asian company, you must have a strategic advantage in getting your games into Japan',” he says.

“And we do - but the fact that we don't do it should tell you something about what the opportunity really looks like.”

The new GREE, then, is one that is realistic about the state of the mobile market and its place within it.

And from this vantage point, it's setting out to be at the forefront of the industry once again.

Another Eden and SINoALICE promotions push GREE revenues up to $190.6 million