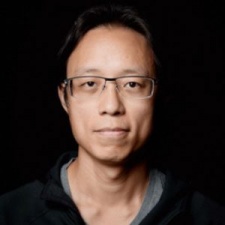 Mobile game developers are - surprisingly - in the vanguard when it comes the emerging blockchain games sector.

Partly that surprise comes from the continuing uncertainty around how app store gatekeepers Apple and Google will react to the industry as it scales up.

Conversely, with the mobile games market now intensely competitive, the opportunity to get into something new before it gets big is compelling, at least to some.

“If you had one million players for your mobile game in 2011, you were a success. Now you need 100 million,” he points out.

More generally, Siu compares the current state of the blockchain games sector to the internet back in the late 1990s when AOL became a key player because it solved the issue of getting online for the mass market.

Famously, analyst IDC reckoned there were 36 million internet connections in 1996, a number that doubled every year until 2000.

“And there are 30 million blockchain wallets now,” Yat highlights.

Whether blockchain is adopted as a consumer technology with similar velocity will be down to if developers - especially games developers - can make it engaging beyond the current cryptocurrency speculation, as well as ensuring the user experience becomes much simpler and more accessible.

The latter is something Animoca is looking to improve with its WalletPet app - marketing tag “Blockchain Gaming Made Simple” - which, assuming it gets App Store approval, should be released soon.

Animoca is also part of the move to bring the most popular current blockchain game CryptoKitties to mobile, both on Android where it will ship embedded in new HTC phones, and in Greater China where the company has the exclusive licence to distribute CryptoKitties via the App Store.

Payer conversion rates could grow to double digits when players realise they’re not spending on something frivolous.

Following the acquisition of developer Pixowl for $5 million, it will launch a new blockchainised version of user-generared mobile franchise The Sandbox in 2019 too.

True ownership will grow all gaming

In this context, the uncertainty surrounding Apple’s attitude toward blockchain games remains a concern.

“In the long-term, I can’t see that Apple or Google wouldn’t want to do blockchain,” Siu says reassuringly.

“That’s not to say they wouldn’t have specific rules around what can and can’t be done to protect users. But equally, they could have their own tokens for their ecosystems. I think it’s just a matter of time.”

And this is likely to be one of the biggest factors in terms of how the blockchain games sector will grow. Siu certainly believes mobile adoption is key to it becoming really large.

“Web games are okay for the first 100 million users, but for mass adoption of blockchain gaming it has to be mobile,” he says.

Indeed, Siu believes blockchain’s inherent focus on in-game item ownership and trading will provide a strong growth dynamic for the entire games industry over the next decade.

“At the moment we’re seeing conversion rates in freemium games of one to two per cent. That could grow closer to double digits when players realise they’re not spending money on something frivolous but something with real value,” he says.

Interestingly in that respect, Siu doesn't think the successful blockchain games of the future will be “radically new”; perhaps such item dynamics will work best retrofitted to existing hits.

“Just imagine Fortnite on the blockchain,” he predicts.