Zynga has had a busy few years 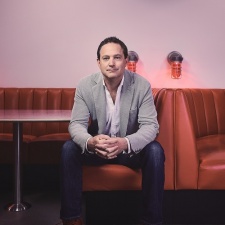 It’s made some big acquisitions - including Gram Games and Small Giant, expanded into the chat app gaming space and turned into a growth company.

Rounding out our recent series of Zynga interviews - we’ve spoken to president of publishing Bernard Kim and Small Giant CEO Timo Soininen - we caught up with COO Matt Bromberg to get an overview of company strategy and what the team thinks about current industry trends.

PocketGamer.biz: Zynga has been very aggressive in terms of raising cash. What's the main purpose?

And we're not in a rush to do that. In fairness we're no more interested in doing it today than we were yesterday, but we did think it was wise to have the dry powder to be able to act when we saw something attractive.

So you can now move quickly if you decide there's a good acquisition?

We can. We're always engaged in the process of looking for great partners and one of our main points of focus as we develop Zynga is creating a culture where really fast-growing new companies can thrive here and would want to be a part of what we're doing.

We've had some success creating that culture and we're really proud of the partnerships we have with Small Giant and Gram and Peak. We'd really like to do more when we find the right opportunities.

Are there any particular parts of the business you're looking to grow through M&A?

We try to think first about great games. And I know that sounds obvious but you can get tied in knots worrying about filling open spots in your portfolio or being in certain geographics.

And sure, we think about those things, but first and foremost we want to find great games, great teams and great technology. You don't have to have all three of those things, but the more of the three you have, the more interesting it is.

A few years ago you opened a Helsinki studio and you just recently expanded the India office. Is building new studios going to be part of the strategy moving forward too?

We're going to do both. We do have a real affinity for locating great, talented teams that have been together for a long time and have chemistry and bringing those folk into the fold. That is a great strategy because as you know, it's really hard to make a great game, so when you find a group of talented people wherever they might be in the world you want to focus on that talent and snap them up.

But at the same time, to your point, we're expanding our internal studios all over the world. We've got a really big new game pipeline too, we think one of the strongest game pipelines in the industry, so we're trying to work across all of those vectors.

Zynga hasn't launched a lot of new internally-developed games recently. Is that going to change?

Well here's how I think of it. Our bookings were up 61 per cent in this quarter year-over-year, and virtually all of that performance was driven by amazing teams at Zynga who are continuing to build and innovate in live services.

Words With Friends had the best quarter in its history, Poker returned to growth, we had a really solid series of Fast and Furious-themed events in CSR, and Empires & Puzzles and Merge Dragons all hit record revenues and bookings. So the live services and the teams that build live services are at the heart of what we do at Zynga.

At the same time, on May 30th we just launched a brand new game from an internal team called Game of Thrones Slots, a game that's doing really well and we're very pleased with it. It's among the most social social casino games in the market, and really innovative, and so we're really pleased.

And then we have three more new games in soft launch. Puzzle Combat from the Small Giant team in Helsinki, FarmVille 3 from our other team in Helsinki - which is a Zynga team, and Merge Magic, which is the new game from the Gram team.

So we've got a really interesting and good mix of live services. And by the way, we've still got Star Wars and Harry Potter games, so there is a lot of wonderful activity going on.

Why are big licences like these important to Zynga now?

Great video game companies we believe have a mix of owned IP and then licensed IP. The vast majority of what we do is owned IP, but if you have the opportunity to partner with the A-plus IP - Game of Thrones, Star Wars, Harry Potter - just the cream of the crop, and you make choices about making great games with just the top IP, having that balance can be really wonderful.

Star Wars and Harry Potter are global phenomena that drive interest and help cut through the clutter in the market, and obviously are wonderful fantasy worlds that our great designers can work with. So having a little bit of both is an attractive proposition from our perspective.

How important is mobile advertising?

Mobile advertising is a big part of our business. We're one of the leaders in that space globally and we're very interested in continuing to expand that business.

Certainly, Words With Friends is a very big part of that business, but increasingly some of our newer titles are also becoming meaningful contributors. So we're really bullish on that business in general.

Given your bullishness on mobile advertising and your experience creating instant games, might Zynga start looking at genres such as hyper-casual?

The Gram team has a history and a heritage of hyper-casual games, but they as a team have really moved on into the deeper, more engaging kinds of games, as typified by Merge Dragons and the upcoming Merge Magic.

But we're very encouraged by it and are looking really hard at that business. The second piece, to your point, is we're really interested in new platforms and new markets.

The opportunity to build Tiny Royale on Snap is very exciting for us. Snap is a really vibrant platform, really attractive demographic and we were thrilled to partner with them.

We're always interested in opening new points of distribution and building a new game platform, so when Snap came to us and asked if we'd be one of the first partners to work on that with them, we were very excited.

Why are you supporting these chat app gaming platforms?

Facebook very much has had some starts and stops on this platform, and it has been a difficult platform, not just for us but for all developers.

At the same time we want our games to be everywhere that gamers are, so we try not to be overly precious about platform. If you can be innovative and support new platforms and new areas of distribution, and bring our games to more people, that's really exciting for us and we feel that's very much in our sweet spot.

Does the news that Instant Games is coming off Messenger worry you about the future of the chat app games market in the West?

Facebook very much has had some starts and stops on this platform, and it has been a difficult platform, not just for us but for all developers to be honest. Lots of changes to it, changes in strategy, changes in technology that have made it really difficult.

And while we have a really successful Words With Friends game on that platform, we also have a very popular Draw Something game, we have otherwise pulled back from supporting it in a major way.

But the idea is right. And so then we move on, that's what experimentation is about. You try it, maybe it doesn't work, you learn something and you move on to the next platform. There is no chance in our view that chat games will not be successful. Or to say it in a more positive way: we are sure that chat games are going to be successful somewhere, somehow, so we just want to be there on those platforms when those platforms come around.

Apple Arcade is coming out soon. Is a subscription service like this interesting for Zynga?

To your point, we are very focused on free-to-play. We are not currently supporting Apple Arcade, it's a different model. It's not a model that so far makes sense for us to participate in, although we'll re-evaluate that as we go.

But we feel very comfortable with our focus on free-to-play. We think that's what consumers in this category are really interested in and we're just trying to focus on that.

How is Zynga currently performing in Asia markets? You launched recently Empires & Puzzles in Japan for example?

So historically we haven't done a lot in Asia. We've been very North American dominant historically, and we are very interested in expanding into new markets and particularly Asia.

We recently self-published Empires & Puzzles in both South Korea and Japan and we're really encouraged by the results in both of those countries, the game is doing quite well. We have more appetite, both around Empires & Puzzles, potentially in China and elsewhere, but also with our expanded slate of new games.

You asked me earlier about the role of intellectual property - one of the things that IP can bring you when you have the likes of Harry Potter or Star Wars is an opportunity to bring your games very much into a global context. So we move forward with some of these new games overtime continuing to expand in Asia.