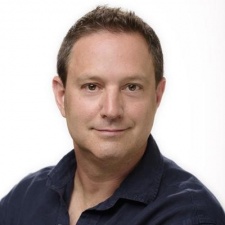 Given the disruption Apple is bringing to the mobile advertising sector, the news that Zynga is acquiring Chartboost for $250 million shouldn’t come as a surprise.

But according to Zynga COO Matt Bromberg the move is more strategic than reactive.

“Regardless of Apple and IDFA changes, successful digital businesses need to have their own adtech tools,” he argues.

“Content and adtech is converging and the tools are getting more complex too.”

Often overlooked, as well as being a large advertiser, Zynga generates sizable revenues from advertising; $123 million or 18 per cent of all its revenues during the past quarter.

And while it expects “short-term pressure on advertising yields primarily in Q2 and Q3”, overall it expects ad revenues to rise in 2021 as markets normalise.

Indeed, Zynga’s recent M&A activity in the hypercasual sector - buying the likes of Rollic and Oncosoft - is also testament to value of in-game ad inventory, both in terms of cross-promoting its games, as well as generating additional revenues

“We were bullish about hypercausual [before M&A] but it has gone better than we expected,” Bromberg says.

During the previous quarter, Zynga had the #1 and #2 most downloaded games in the US with games High Heels! and Blob Runner 3D, both thanks to its new hypercasual studios.

Successful digital businesses need to have their own adtech tools.

“The transformation for us is thinking not about individual mobile games but about the platform,” Bromberg argues.

“Having a large addressable market is more important, especially in a post-IDFA world.”

Of course, aside from hypercasual, Zynga also has plenty of growth when it comes to its more traditional games.

In this context, the big growth driver has been Harry Potter: Puzzles & Spells, Zynga’s self-developed title.

“You have to be able to build hit games but it’s incredibly hard. We worked on the Harry Potter game for two and a half years to ensure we got it right.”

“We operate a portfolio of over 30 games, which is why we really focus on efficiency,” Bromberg adds.

And, in turn, that also plays into the Chartboost acquisition.

While $250 million is a large chunk of cash to play out for a company in a sector going through short-term transition, the promise of improving a key part of Zynga’s business across all its products is extremely valuable.

“This is not a small thing,” he ends.