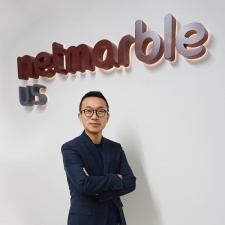 This week, we spoke to Netmarble US president Simon Sim regarding the development and early release of BTS Universe Story.

PocketGamer.biz: Can you start off by telling us about BTS Universe Story?

The most difficult thing was the process of creating a character that fans would like.

Simon Sim: BTS Universe Story is a new story creation and playback platform that allows players to appreciate and create stories based on the BTS Universe. Players will enjoy high-quality visual stories from the BTS Universe. alongside fun multi-universe stories incorporating the BTS members, tailored to the main target markets.

They can also create their own stories using the story creation mode, offered in easy and
expert editor modes, both with high-quality assets to aid their experience. In addition, users can enjoy the game’s collection system, which allows users to see and dress up the BTS member characters, as well as take realistic snapshots using the AR function.

Both Netmarble and Big Hit Entertainment had a desire to create a new game. In the meantime, we began to think about the game centered on the storytelling and this led to the development. Since Big Hit Entertainment has a deep understanding of the BTS Universe and its stories, it was determined that adding Netmarble's game development capabilities could create great synergy.

The most difficult thing was the process of creating a character that fans would like. BTS
members have so many different charms, and it was not easy to put them into 3D characters. We made it with the best of our affections, so we truly hope players will love and enjoy the game.

We paid great attention to characters being natural in terms of their emotions and facial expressions. We were happy when the game was finally launched and to receive great feedback from fans around the world.

As you know, Netmarble is a mobile-first company and the game had been in development for a while so we were ready to share it with players and creators.

We will also be paying close attention to our community to add or adjust things needing to be made...

How did the partnership come about with BTS?

Big Hit Entertainment and Netmarble have already built a close partnership through the launch of BTS World. This time, the game has been improved through a close cooperation process and we plan to continue this partnership for a stable and well-serviced game.

The pandemic has been a challenge for everyone but we are fortunate to have been able to adapt quickly to avoid too many developmental delays.

We didn’t have a soft launch since the game is about players making stories about themselves. As a result, we thought it’s difficult to get enough feedback from small or short-term tests. Internally, we had feedback collected through various channels.

We are very proud of the work we’ve done and how well it has been received by players around the world.

We plan to update the game by adding new stories and other content for players to enjoy. We will also be paying close attention to our community to add or adjust things needing to be made as they enjoy their experience in BTS Universe Story.

We always have exciting projects in the pipeline for our players. The King of Fighters All Star is reaching its first anniversary and we recently announced the global release of A3: Still Alive, on top of our first-ever Nintendo Switch game, Seven Knights - Time Wanderer.