"Stories are the heart of our games" 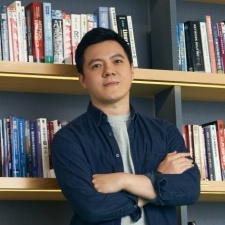 This time, we spoke to Silver Lining Studio director Wilson Yen who recently pitched Behind The Frame as a part of The Big Indie Pitch (Mobile Edition) at Pocket Gamer Connects Digital #5 and walked away as the winner.

Wilson Yen: We are a studio of eight members founded in 2019. Right now our members include two game designers, two programmers and four artists. I am one of the artists and we work on the in-game art asset, animation and any illustration that is on our merchandise, social media etcetera. Two client programmers work on in-game/out-game programming. Two game designers mainly focus on puzzle design, dialogue and game-flow mechanics.

Stories are the heart of our games. Every time anyone has an idea about an existing or new story, that person will work on the outline and organise the materials (videos, images and music etcetera.) collected on a mood board first. Then, all members will gather and throw out thoughts and similar cases to review and brainstorm for this idea. This is how we make abstract ideas into actual entries.

Behind the Frame is a narrative-driven game with escape room coating.

Can you tell us about Behind The Frame that you pitched at the competition?

Behind the Frame is a narrative-driven game with escape room coating. Aside from the main storyline that we hope would touch the players, we also have some breakthroughs on the display of the game scene, which we’ll disclose more later.

What do you think are the most unique and interesting aspects of Behind The Frame that gamers may never have seen before?

Two things we found that make Behind the Frame unique are the painting mechanism and the 2D 360-degree panorama. In the former, we let the players paint whatever the main character paints.

To make the experience more realistic, we played with the SFX to make sure of that. The latter creates an experience that makes players feel like they are standing right on where the main character stands, enhancing the emotional connection between in-game characters and players.

Behind The Frame focuses on storytelling told through absolutely gorgeous artwork. Art that in some ways embodies the likes of Studio Ghibli. What made you choose to make a game that puts its artistic merits right at the forefront of the production, and what do you think you bring to it that may not have been seen before?

We present the story of Behind the Frame with not only texts, we create several clips of frame-by-frame animation to connect each event. As for scene displays, we adopted a 2D 360-degree panorama for the presentation of several main scenes.

Not to mention all the artwork that our artists worked their hearts out to create and other members that make all of these happen. We made all these decisions based on a very simple reason, to provide an even more immersive gaming experience as if the players live the story.

How did you come to choose the platforms that you would develop Behind The Frame for?

This decision came down to a simple question: what would I rather do in a 90 minutes break?

After collecting all the opinions on this topic from members at that time, we decided to combine three shared activities that we like to do during a break: see a movie, read a novel and play a game. We want to make games that would let players have it all.

At first, we just wanted to release Behind the Frame on Google Play and Apple App Store, because smartphones are always somewhere we can easily reach. As time went on, we found that the demand for a Steam version kept growing, thus we went with the flow.

Our budget is limited and every member has their preferences.

Looking at the studio a little more now, how hard is it to survive as an indie developer?

It’s quite hard, to be honest. First, our budget is limited and every member has their preferences. Though there are always different voices that conflict with each other during discussions, we all understand and agree that everyone just wants the best for the project and hope the final product is something we can all be very proud of.

Second, some of the elements of the game are out of our league, such as localisation and SFX, so we had to outsource them. This is the first time we worked with people outside of our studio so closely. That’s when we learned that communication takes some skills. Thankfully, we all found a way to sort things out and got the job done.

As developers, in our case, we found ourselves a goal we wanted to achieve badly. Of course, we had to make some compromises or sometimes sacrifices to get it where it needed to be.

In addition, we always remind each other to take a step back, review our overall work and see if there’s anything missing or not quite right. Great quality means great to us. All we want to say is: don’t forget your purpose in the first place and remember to always be determined.

We felt nervous and excited to introduce our work to other developers. It was the first time we participated in an online pitching campaign. Back then we were actually on lunar New Year vacation, it was considered the only time of year when people could legitimately not worry about work and spend quality time with their families.

People would usually travel far back to their hometown, away from the convenience that a nice workplace could have provided, Not to mention the time difference. It was quite tiring, physically. However, the process of pitching was still enjoyable. It really was a great challenge to present our work in five minutes, not to mention raising the judges’ interests and gaining positive feedback. It was truly a great experience.

Every piece of feedback we gained was precious

Though Behind the Frame is our second project, it's actually the first project that has made it over the finish line and is finally about to release. We’ve tried very hard to develop this game. Lots of problems were new to us but we resolved them and learned a lot of experience as a result. We don’t expect this game to be a hit, yet every lesson we learned and every piece of feedback we gained was precious.

Right now, we’re brainstorming to sort out the direction of our next project. We hope these experiences will follow us to whatever is next and help us in the future to make our games better than ever.