Ali Husain placed third in the competition with Arenas of Ryst 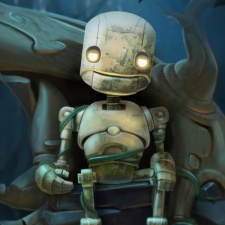 Today, we're speaking to Ali Husain who recently pitched Arenas of Ryst as a part of The Big Indie Pitch (Mobile Edition) at Pocket Gamer Connects Digital #5 and walked away with the third-place prize.

Ali Husain: I’ve been obsessed with games ever since my dad gave me and my sister an NES when we were four years old. I wanted to study computer science so I could make games. After graduating from college, I joined Microsoft, where I captained our League of Legends team to consecutive titles in Day9’s After Hours Gaming League. The league was a great place for companies to compete for a good cause.

From this, I joined an AI startup in Austin, Texas - called SparkCognition - and then SkyGrid, a company that works in the drone space. Forgotten Machine was born out of the fact that I could not keep myself from making games.

Tell us about Arenas of Ryst that you pitched at the competition.

Arenas of Ryst is a cross-platform, multiplayer game that has short play sessions (three minutes per match). Four players compete to be the last player standing over three unique hexagon tiled arenas.

What do you think are the most unique and interesting aspects of Arenas of Ryst that gamers may never have seen before.

I haven’t seen a competitive multiplayer game that was being designed with both the PC and mobile players in mind. It has always been a case of either/or - never both.

Arenas of Ryst also combined real-time and turn-based movement. Players would press a key or swipe to move from one tile to another in the arena. Making a player’s APM (actions per minute) matter.

Arena battlers are very popular, but it's fair to say this is a competitive market. What made you choose this genre, and what do you think you bring to it that may not have been seen before?

I’ve been a fan of competitive games for a long time, having played a lot of League of Legends for years and then Vainglory and Clash Royale, when I didn’t have time to play the former.

I think Arenas of Ryst is a game that allows players to jump in for quick competitive sessions.

How did you come to choose the platforms that you would develop Arenas of Ryst for?

I’d been playing on mobile a lot since I moved to Austin. I think that was probably one of the biggest factors. I’ve been a PC player my whole life, so that led to wanting to create a game that would be available across PC and mobile.

I would say quite hard. The games industry is a competitive place and from an indie perspective, I think you really need to be open to feedback and be able to pivot and iterate quickly. Resources are limited. Players are looking for games that stand out, are fun to play and have replayability.

Prototype, get feedback from players who will be brutally honest and don’t resist killing pet projects. It took me a while to learn that.

It was fantastic. I got to connect with a lot of folks in the industry. The Big Indie Pitch itself led to us getting valuable feedback for the game.

I think the biggest thing was the feedback. We’re exploring a breadth of ideas for Arenas of Ryst. What works, what does not and there are a few game mechanics (character abilities) that have led to additional prototypes just focusing on a tight game loop built on those mechanics.

I see Arenas of Ryst changing a lot. During and after the Big Indie Pitch at PGC, the feedback we received was invaluable. We have been iterating on a few prototypes that branched out of Arenas of Ryst and we’re currently testing those out. I expect to see one or more of those turn into full-fledged games.

As for plans for the future: making more games. I don’t see that stopping anytime soon.