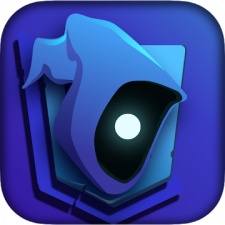 This time, we spoke to Compiled World developer Anton Kasabutski who recently pitched Nimble Dash as a part of The Digital Big Indie Pitch #7 (Mobile Edition) and walked away with the second-place prize.

Anton Kasabutski: I was working as a software engineer for several years before I decided to become a game developer. I mostly work solo with occasional friends or/and freelance help or licensing services (sound effects, background music, characters drawing etcetera.).

A regular job didn't strike me as interesting, so I thought I could make something that I could relate to. I've been working on the game after-hours for about two years. before finally going to full developer mode in April 2020.

A regular job didn't strike me as interesting...

Can you tell us about the game Nimble Dash that you pitched at the competition?

As time went by I tried to adapt to the user's absence. I've created a lot of solo levels, written bots and worked on new mods, which I thought would be easier to appreciate.

What do you think are the most unique and interesting aspects of Nimble Dash that players may never have seen before?

Mobile players have definitely seen 2D platformers, short online matches and talent trees. However, I haven't seen all those features coming together in order to serve the characters.

I think characters and their differences are the strongest and unique part of the game. Everyone has unique visuals, voices, distinct abilities and gameplay.

Nimble Dash is a fast-paced arena battler with a heavy focus on tight controls within small environments. What made you choose this competitive genre, and what do you think you bring to it that may not have been seen before?

I think Supercell's Brawl Stars is an influential game for Nimble Dash. It's competitive and fast-paced with well-thought gameplay. From looking at other 2D battle-arenas, none of them really stick with me. Usually, it comes with minimalistic design and an emphasis on the matches - not the account progression.

How did you come to choose the platforms that you would develop Nimble Dash for?

The genre of the game and development style made me choose the mobile platform over PC or console, alongside being able to launch and improve the game over time I develop with Unity, so the debate between Android or iOS isn't an issue. Additionally, an expansion on Nintendo Switch is only a matter of time.

Looking at the studio a little more now, how hard is it to survive as an Indie developer?

Unfortunately, I cannot afford to hire someone full-time, so I only occasionally work with freelancers and ask friends for help. It's extremely hard! I had to adapt and redo parts of the game so many times, yet I'm still looking for ways to improving upon it.

Avoid multiplayer if this is your first game.

Are there any tips and/or advice you would give to an independent developer out there who is just starting out?

If you are looking to make a complete product, make sure you have a team that isn't afraid to dive in and stick with the game for at least a year full-time.

Also, avoid multiplayer if this is your first game. Multiplayer is a huge problem to solve. You have to solve an array of programming and design problems but also solve users absence.

Amazing! First of all, it was really straightforward. Second of all: second place.

This was my first time pitching the game. I was curious how it looked and what questions am I going to be asked. I think what I got out of it is that the game's hook is its heart.

When I started working on Nimble Dash I thought I could focus on the quality of the platformer, however the more time goes on - and events like this occur -  the more I think that I should shift my focus on one to two sentences hook, which means adjusting the game and its presentation.

In the short term, I am trying to make the game at least self-sustaining by solving appeal/retention problems. This means simplifying, redoing, adjusting. I hope that once I achieve sustainability I can expand the team and consequently expand the game with more characters, modes and features.

I would love to work on a story for the game that gives every character a third dimension. I think there is a cool way of doing it, such as telling a story in portions and focusing on one to two characters at a time. This can preserve the mystery, give depth to every character and provide more context on what is going on in the Nimble Dash universe.