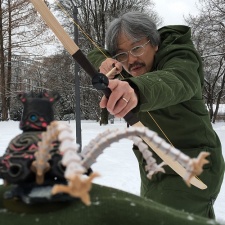 As spotted by Nintendo Life, the industry veteran will continue to serve as series producer on Zelda but has also taken up the role of deputy general manager at the firm.

Aonuma’s time overseeing the Zelda series has brought strong sales and critical acclaim across the board, with Breath of the Wild becoming the highest selling entry in the series to date.

During E3 a sequel to Breath of the Wild was confirmed to be in development for the Nintendo Switch.

Splatoon producer Hisashi Nogami has also been promoted to deputy manager, while Animal Crossing contributor Aya Kyogoku has been appointed the manager of Production Group No. 5, where she will oversee both Nintendo properties.

Animal Crossing: New Horizons was announced in Nintendo E3 direct, with the release date slipping from 2019 to March 20th, 2020.