Used to work for Ubisoft Singapore 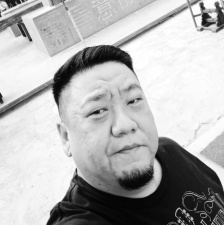 Double Eleven has appointed Ian Ng as its studio head for its Malaysian studio.

Ng has a career spanning 20 years. In that time, he has worked for major games companies such as Ubisoft Singapore where he worked on the French publisher's Assassins Creed series.

He's also worked at the likes of LucasArts and Tap4fun. Overall, Ng has worked on more than 20 games, spanning both the mobile and triple-A sectors.

"With a brilliant track record in art, production and management, combined with the experience of working on one of gaming's biggest franchises, we knew quickly that Ian had the skills and drive to lead Double Eleven Kuala Lumpur," said Double Eleven CEO and founder Lee Hutchinson.

"We welcome Ian into our tribe and look forward to working with the team he builds in Malaysia, which will become an integral part of the Double Eleven family."

"I look forward to building a studio that embodies the same culture and values as the Double Eleven studio in the United Kingdom", said Ng.

"After a number of years of working in Bangkok and Singapore, I'm excited to make a positive impact on the fast-growing games industry in my home country of Malaysia."

Double Eleven first announced the Kuala Lumpur based studio in January 2020. Recruitment began in February, and the firm is still hiring staff in development and management positions.

this story first appeared on PCGamesInsider.biz.