A fifth of the population have probably played Pac-Man again 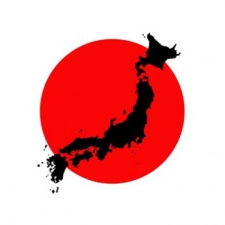 Facebook has as many as 17 million daily active users on desktop and mobile devices in Japan.

Japan’s population as of 2013 was 127.3 million, meaning that around a fifth of people in the country are using its service actively each month.

It provides a potentially healthy audience for Facebook's recently launched Instant Games platform. The HTML5-powered games can be played through Facebook Messenger and its News Feed.

There are currently 17 games by 14 developers on the platform, including Endless Lake, Pac-Man, Shuffle Cats and Arkanoid.

As well as japan, other Asian countries the platform is available in include Singapore, Hong Kong and Taiwan.

Though the service is not monetised yet, the platform could eventually prove to be hugely popular and bring in significant revenues for developers, as seen in other messaging apps in Asia.

It’s also a significant moment for HTML5, which after years of promise, may finally be coming of age.

Correction: This article originally stated that Facebook Instant Games DAUs and MAUs had reached 17 million and 26 million, rather than Facebook users.