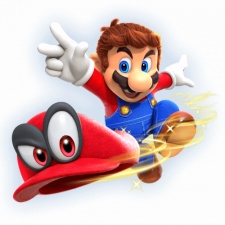 Nintendo's Switch-exclusive Super Mario Odyssey has sold over one million physical copies in Japan since launch.

As reported by Gematsu, total sales for the game have hit 1,055,806 units since it launched on October 27th. This does not include digital sales through the Nintendo eShop.

The Switch has managed to sell 10 million units worldwide since it launched in March 2017. It is estimated to have sold 2.37 million units between October and December.

Mario's mobile games have also seen some success. Super Mario Run was the most downloaded game on Google Play, and surpassed 200 million downloads across Android and iOS earlier in 2017.