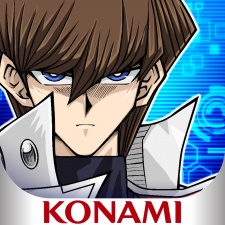 The developer has released a number of stats to celebrate the game's first birthday, including that over 9.5 billion Duels have been played and 1.1 billion card packs opened. The rarest card in the game has only been found by 45,891 players.

To celebrate its first birthday, Konami is running a variety of events, including a new special mission. There will also be rare card giveaways and new accessories to use in-game.

Duel Links has grown at an impressive rate since it first launched globally in January 2017. By January 31st, it had surpassed 25 million downloads, and was already a key performer for Konami.

Yu-Gi-Oh! Duel Links has seen continued strength in the grossing ranks in both the US and Japan over the last year. Konami's other games, such as Jikkyou Pawafuru Puroyakyu, also continue to do solid business.