The app version of the popular card game has racked up 50m downloads in just nine months, followed by an announcement of a new influencer-run tournament 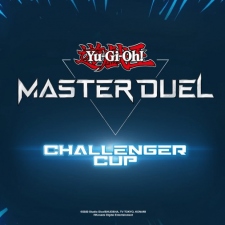 In just nine months, Yu-Gi-Oh! MASTER DUEL has racked up 50m downloads according to a recent press release by Konami Digital Entertainment.

Based on the popular collectible card game, the developers are celebrating the milestone with exclusive log-in benefits for players. The game is sold to players as being the definitive mobile version of the card game, and features many of the trappings included in other digital card games such as pack openings and premium currency.

Another card in the pack

Based on the manga series of the same name by Kazuka Takahashi, Yu-Gi-Oh is indisputably one of the kings of collectible card games in the physical world, alongside classics such as Magic: The Gathering and Pokémon.

The franchise has frequently made the jump to the world of video games, in recognisable formats such as Duel Links and in more bizarre ways such as their take on Medieval English history in the Yu-Gi-Oh The Duelists of the Roses game. Collectible card games however, are more than ripe for the world of mobile play, as major successes like Hearthstone and Gwent attest to.

The decision to follow the milestone with the announcement of a massive new tournament is something that has been close to the heart of the Yu-Gi-Oh community and is part of the series' enduring popularity. Tournament play has been a feature of the CCG (Collectible Card Game) community nearly since its inception and offers a ready-made eSports audience for Konami to capitalise on.

Card games are still all the rage in mobile, as with the recently released hit Marvel Snap which uses Marvel comics characters and locations, as well as design influenced by its veteran development staff to great effect. We broke down Matej Lancaric’s commentary on their UA tactics, and how he felt it could be improved by the developers.