Analysis of Marvel Snap, the new CCG app from developer Second Dinner, has praised its UA but said there’s much more to do. 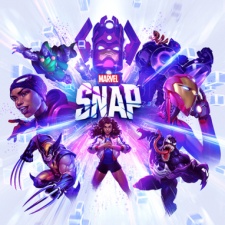 Marvel Snap is a game that’s taken the comic book community by storm. A short, three minute per round card game, that pits players against one another using cards based on their favourite Marvel characters. It capitalises on the mega-popularity of the MCU and Marvel’s premiere place in the comics scene. Even its UA strategy is solid, according to industry analyst Matej Lancaric, but as he points out, it could be so much better.

Lancaric analyses the UA strategy for the game by its developer Second Dinner and points out where he feels they’re missing out.

Whilst he praises the use of famed actor Samuel L. Jackson in his Nick Fury role, he also notes redundancies in their strategy, and questions how scalable the game can be in its current state. His analysis draws out some examples of UA for a game that already has a foothold with the lucrative Marvel branding and can be a great case study for UA on a larger scale even in its earliest days.

Of note is Lancaric levying criticism at some of the video advertisements that were used, those being explanations of the game and its appeal by the developers themselves. Ben Brode, one of the features is an iconic figure for Hearthstone, one of the largest online CCG games, players of that game might find it noteworthy when he shows up to promote his new game. However, as Lancaric writes, “You have 1-3 secs to grab a player's attention. What do you want to show there? Most probably something other than the founder’s face.”

He questions the creative strategy of putting lesser-known Marvel characters front and centre in the game’s branding and advertising material. However, it’s worth noting that although those he suggests characters such as Iron Man or Hulk are indeed popular in the mainstream, many of the lesser known characters he debates including, such as America Chavez, are quite popular in the comics’ fandom. Thus, the intent could be to attract both the theatre-going MCU fans and comic readers at once.

He also questions how scalable the game is, with a system of “friendly monetisation” that eschews both ads and even the most common money-making tactic of any CCG, card packs. A feature that has attracted a lot of praise from players and commentators. Lancaric notes that the CPI for CCG’s is one of the highest of any app, and although Snap does not eschew monetisation and features both a season pass and other micro-transactions, he believes a new strategy could be beneficial to the developers.

Whether you agree or disagree with Lancaric’s conclusions, it’s a great example of how ripe something like Marvel Snap is as a case study on UA. Capitalising on an existing franchise, utilising a more niche genre of game, and already encouraging social media buzz. But as he notes, there are some strategic missteps, such as still pushing ads to existing players. He does note it’s not all “doom and gloom” and overall presents a positive outlook on how UA has been accomplished with this new game.

The successes, mistakes and lessons from launching Diggy's Adventure on mobile

Hire or train: Can anyone really be a UA manager?