Celebrating with a Lionel Messi interview 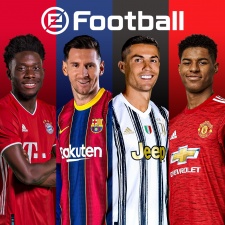 Note: this 400 million downloads figure is for the entire PES Mobile series, not just the 2021 edition.

The mobile football game racked up the installs across both iOS and Android devices.

Moreover, fans will want to pay close attention to the interview as it will form the basis of an upcoming social quiz campaign.

However, to give players a helping hand, quiz clues will be released later today. Should more than 40k people take part, they will be rewarded with an iconic moment featuring Messi.

Last year, PES 2020 crossed 300 million downloads on mobile, shortly before Konami confirmed that it would not renew its licenses with AC Milan and Inter Milan.