Celebrates with log-in bonuses and other special in-game rewards 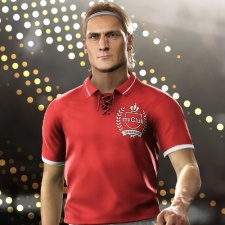 The company revealed the milestone on Twitter and is celebrating by handing out log-in bonuses and other in-game rewards.

It should be noted that despite its name, the game was first soft-launched in late 2016 and given a global release in the following year as PES 2017.

The game has since been regularly updated over the years in line with the new football seasons.

We previously analysed how the game monetises through our In-App Purchases Inspector.