Company has partnered with Gree and Sumitomo Corporation for release 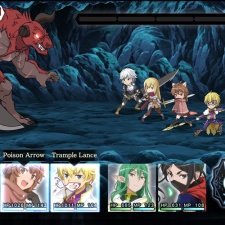 The game is based on anime series Is It Wrong to Try to Pick Up Girls in a Dungeon (DanMachi), which follows a band of adventures who seek treasure.

Available on both iOS and Android, the title features voice acting from Yoshitsugu Matsuoka, Inori Minase, Saori Ōnishiand and others in a similar vein to the show, with English subtitles provided.

Memoria Freese is the first title to receive a global launch as part of a partnership between Crunchyroll, Sumitomo Corporation and Gree.

The latter handled development for the Japanese market along and will continue work on the title post-release. Crunchyroll and Sumitomo meanwhile are handling distribution, localisation and promotion.

The title launched in Japan late last year and managed to snag over three million downloads in its first month.