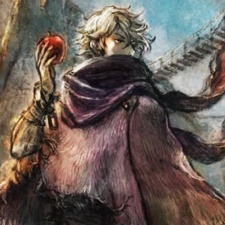 The news was revealed through Twitter by Nintendo of Europe earlier today, which comes three weeks after the game launched.

The turn-based RPGs success has also been marked by Square Enix’s struggle to keep up with the demand for physical copies.

The studio previously tweeted an initial apology to fans and then another at a later date when the resupply sold out within three hours in Japan.

Thanks to your incredible support, #OCTOPATHTRAVELER has now shipped 1 million units globally, including #NintendoSwitch #eShop downloads. The developers at Square Enix would like to thank you for making this possible. pic.twitter.com/dSBRyPt8bl

Therion is the best traveller, by the way

In an interview with Game Informer, Square Enix division executive Tomoya Asano said that a new division dedicated to developing games for the Nintendo Switch was put together in April.

He then went on to say that how much support the new division would receive from Square Enix would depend on the sales of Octopath Traveler.

Asano also confirmed that the Final Fantasy publisher had other titles in the pipeline for Switch, although they weren’t ready to be talked about.