The third-person shooter originally launched back in April 2014 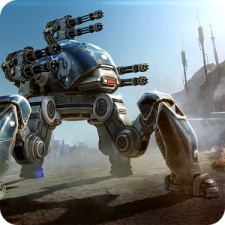 Pixonic’s War Robots has generated more than $190 million in revenue across the iOS App Store and Google Play.

According to Sensor Tower, the third-person shooter continues to take more than $7 million a month in player spending, despite releasing four years ago in April 2014.

For July War Robots took in around $7.5 million in player spending, which was a year-on-year increase of about four per cent.

The lion’s share of the monthly revenue came from the US with 43 per cent while Japan put up the second most with 11 per cent.

The monthly sum of revenue also put War Robots at 127th on the mobile global revenue chart. The chart placing, however, is a dip from the games high point of 56th in September 2017 when it brought in more than $12 million.

War Robots was also singled out for praise in Mail.Ru's recent financial report for its online games arm, of which the game is included. The company saw revenues increase by 45 per cent year-on-year to $89.6 million for the three months ending June 30th 2018.