Mobile on the march at publisher 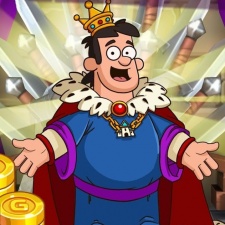 The online games arm of Russian internet company Mail.Ru increased its revenues by 45 per cent to $89.6 million for the three months ending June 30th 2018.

Despite rising revenue however EBITDA fell by almost half to $8.4 million, down from $16.4 million during the same period in 2017.

Some of the loss in earnings can be pinpointed at the decision to take a one-off non-cash impairment charge worth $27 million against the development of Armored Warfare, following a poor performance for the title.

The release of new mobile games was also said to have affected margins. Mail.Ru said it expects lower proportional marketing expenses for the second half of the year.

Mobile on the march

Elsewhere though Pixonic’s mobile title War Robots was said to have maintained a strong performance and is one of the company’s top two biggest games alongside PC multiplayer shooter Warface.

The November 2017 release of the in-house-developed Hustle Castle meanwhile appears to have got off to a successful start.

The title has racked up more than 17.5 million downloads, with the company noting revenues had grown 10 to 15 per cent each month, while the active user base increased by 15 per cent on average. Mail.Ru anticipates it will become the company’s third largest game.

Another mobile title, Evolution 2: Battle for Utopia, is currently in soft launch and is set for a release on Android in Russia in June 2018.

"We are seeing the mobile games market skyrocketing; hence these projects have become key in our portfolio. At the same time our company continues to develop games for the PC and consoles.

"Every single title is being developed in compliance with global development standards, and our growing international revenue is evidence that our team can make games for a global audience."