It was first released in April 2014 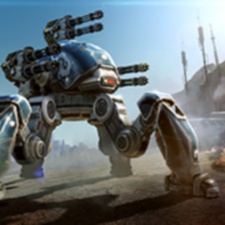 As detailed in a site update, the mobile shooter has achieved the milestone as it approaches its seventh anniversary. War Robots crossed the $190m threshold in April 2018.

Last year, Ear Robots managed to break into the top five mobile shooters across the US, joining the likes of Call of Duty: Mobile and PUBG Mobile.

However, May 2020 was its top-earning month with $13.6 million. Pixonic has cited successful live ops experiments and the ongoing pandemic as contributing factors.

Furthermore, the third-person shooter has racked up 185 million downloads since its release on April 14th, 2014.

"War Robots is a great achievement of Pixonic and the team working on the project," said Pixonic CEO Georgy Egorov.

"We created a good game for hundreds of thousands of people playing it every day. But now is not the time to stop. We plan to expand the world of War Robots into a global franchise."

Pixonic's title was claimed to be a contributing factor in the revenue growth My. Games' experienced last year.