Evolution of 2017 Pokeland title that was in the works 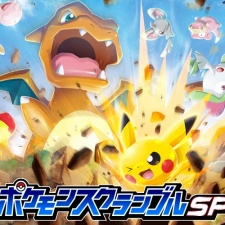 The Pokemon Company has unveiled Pokemon Rumble Rush for iOS and Android.

Developed by Ambrella, Rumble Rush is a spin-off free-to-play game that sees users control the pocket monsters as they battle through a variety of stages across the in-game islands.

The game is an evolution of the previously revealed Pokeland that was in development back in 2017.

Numerous Pokemon Rumble titles have been released in the past for the Wii, 3DS and Wii U, however this is the first entry on mobile.

While the Japanese official site lists the game’s release as “coming soon”, the title can already be downloaded in Australia via the Google Play Store.

This title should not be confused with the DeNA developed Pokemon game, that is due to launch before the end of March 2020.