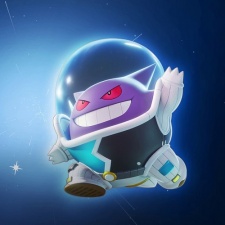 Pokémon Unite has arrived ready to play on iOS and Android devices.

Pokémon Unite is a free-to-start five-versus-five MOBA developed through a partnership between The Pokémon Company and Tencent.

The game was first unveiled in June 2020 during a Pokémon Present digital event, revealing it will initially be released on Nintendo Switch and mobile devices at a later date.

The game was released on the Nintendo Switch on July 21st, 2021.

Accompanying the mobile release of the game, the developers have introduced Unite squads which allow players to team up with friends by creating a squad or searching for a new squad to join. Teams will be able to use tags to find players with similar interests as themselves.

The battle pass will be space-themed and feature standard and premium levels, including cosmetic and held items. The battle pass is named after Gengar, the 94th Pokémon.

Furthermore, Zeraora, a Pokémon available as a login bonus for the Switch debut will be obtainable on mobile via an in-game quest.