“Letting it live or die” 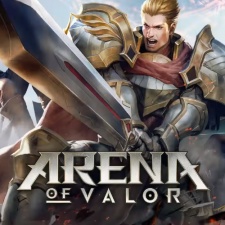 Tencent has reportedly changed its strategy for its popular MOBA Arena of Valor that will see the firm no longer concentrate efforts on growing the game in the West.

As reported by Reuters, the Chinese giant has changed all of its original plans concerning of Arena of Valor, including disbanding its marketing team in Europe and the US.

Launched in 2017, Arena of Valor (known as Honor of Kings in Asia) has struggled to find an audience in the Western market, with the game only having 150,000 daily active users in the US and 100,000 in Europe.

In comparison the title has on average 55 million daily active users in China and continues to bring in approximately $145 million a month, making it the company’s top grossing game. In February alone, Honor of Kings generated more $1 billion.

“In those markets, we are really just letting it live or die on its own course,” one source told Reuters.

Issues with development and marketing were cited as reasons for the game’s lack of success in the West, as well as the ongoing problems between Tencent and its subsidiary Riot Games.

Though issues have been ongoing, it was recently reported that both firms are working together on a mobile version of League of Legends.